I have a Hand tooled, hand stamped repousse concho belt…weighs ~145 grams. It is signed ‘by George’ and each Concho is stamped with a G. Does anyone know who made this? Approximate value? THANKS 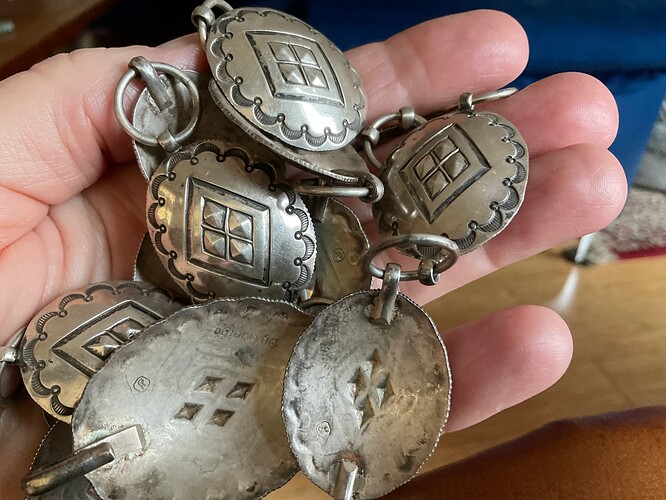 It’s a really nice, well made looking, concho belt! It may be difficult to find anything online, “By George” being such a common phrase. I have one signed “E. Coyote” and all you could get in searches was Wile E. Coyote/Roadrunner stuff. But don’t give up, I’ve had several occasions of people messaging to say "Yeah, I know all about this thing or another. Good Luck!

nothing found for “by george” or the script “G” in 5th edition.
even less on the net.

not an exact match but that G with ears… 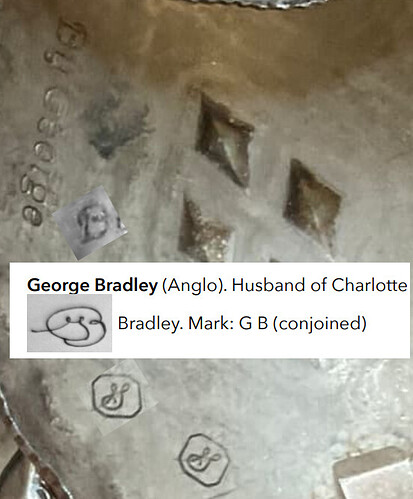 I have one signed “E. Coyote” and all you could get in searches was Wile E. Coyote/Roadrunner stuff.

when I searched “E. Coyote” I got a load of wile e. coyote stuff so by adding - wile most of it went away but then looney tunes moved in so -looney. The next to go was somebody named Ivan so -Ivan. I added sterling cause I was looking for anything N.A. related. results below and yes there is a boatload of E. Coyote dr. rd. st. ave. 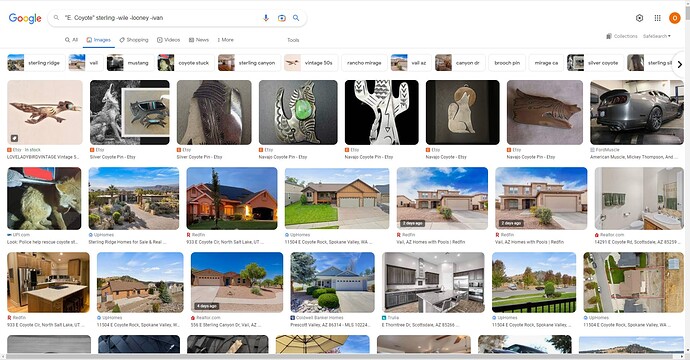 Aww, how cute is this poor rescued coyote your search turned up, @Steve ?

Authorities in Illinois came to the rescue of an unlucky coyote that was struck by a vehicle and ended up stuck in the bumper.

spoiled for now, 3 hots and cot 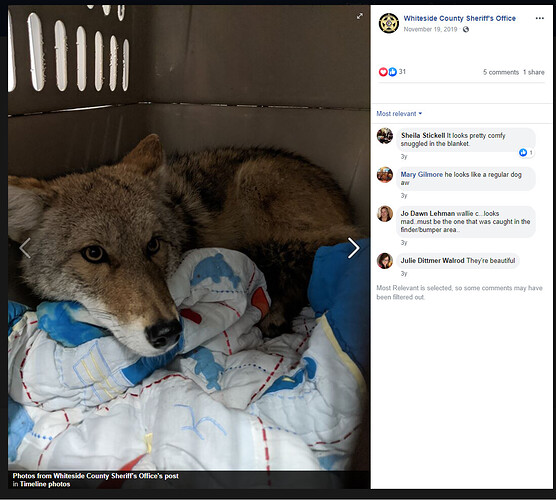 @OrbitOrange, I noticed the same thing! Glad he was rescued. Although I want the local coyotes to stay away from my neighbor’s outdoor cat…

Thanks. I thought it might be George Harvey but he usually signs GNH. I will keep hoping someone knows who did this.