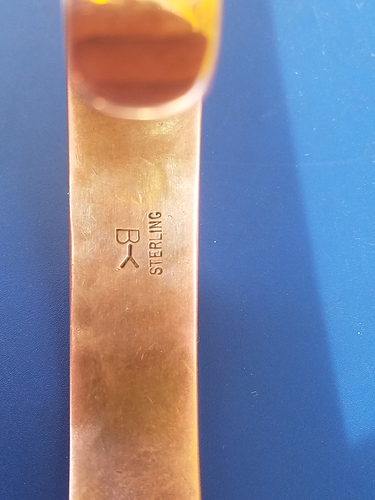 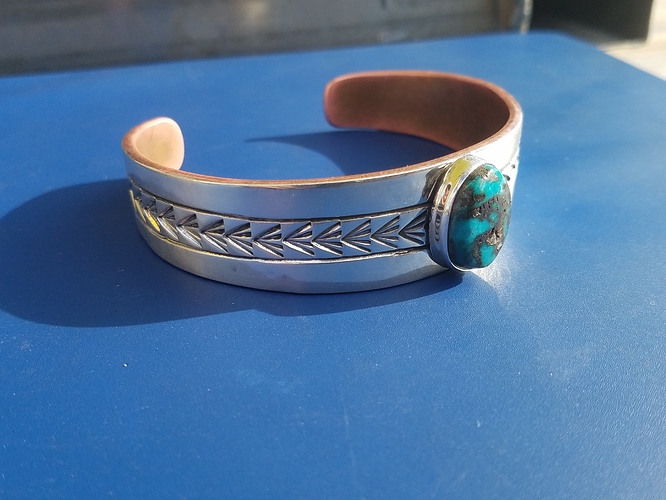 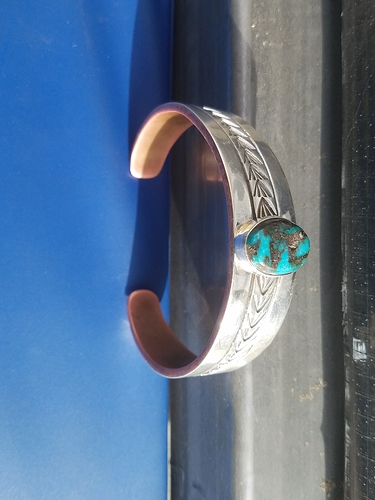 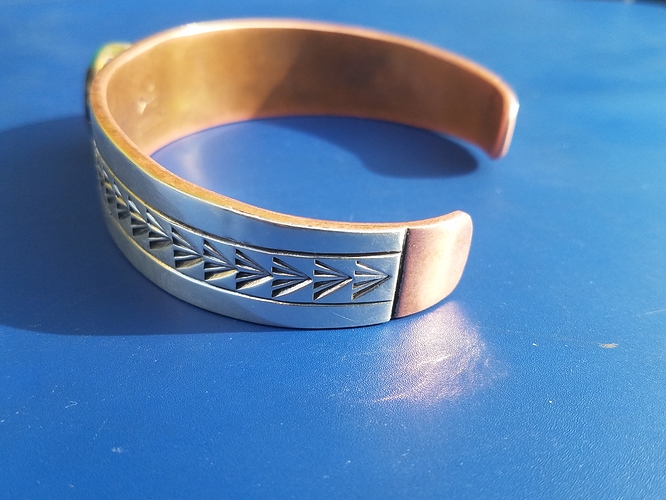 At first I was sure this was one of the Yellowhorse family, guess not. I have looked through my references and can not find anything. I thought of the mark as BY, but if you follow the sterling stamp I guess it would by YB. Both the Y (Yazzie) and B (Begay) names are going to have a number of silversmiths. Also, the work looks clean and the stone appears to be a good rock. Good luck.

Thanks for your quick response, Jason! I’ve still been looking in the meantime, as well. I read that Ben Yazzie would sometimes mark his work with the letter “B” alongside a horizontal arrow. Haven’t been able to actually find a pic of that particular marking, tho. Could it be possible that is not a “Y” but an arrow? I’m just not sure. Thanks again.

I looked up Ben Yazzie and the two hallmarks it shows for him are his name spelled out and a BY. Anything is possible, but I think of this as a Y. It will be rewarding when you find this one out.

Thanks Jason, again, for your follow-up. I have had an opportunity, since my last reply, to actually stop in at Chief Yellowhorse Trading Post over in Lupton. Once there, i spoke to a man and woman that both worked there. I showed them the hallmark and asked if it might be possible this marking was from Ben Yellowhorse. They both agreed and felt that it was from Ben. That’s as close as i could come to verifying outside of speaking to Ben himself. I was told Ben had a brother (named Burt or Bert) that had recently passed not long ago, but Ben was the only silversmith between the two of them. So, while it’s still not 100% proven in my mind…i honestly don’t have any reason to believe why these two people would have any motive to mislead me. Just wanted to let you know of this most recent development. Thanks again, Jason.