I am stuck away from home without my resource books. Anyone know about Bowlins? Was this a trading post or a shop? Any assistance would be appreciated 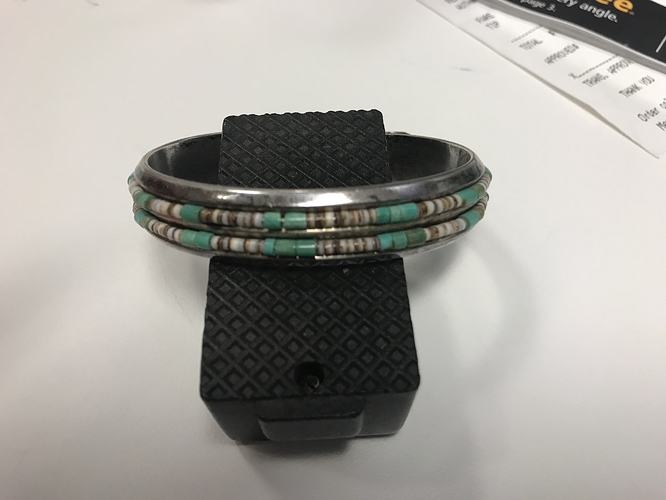 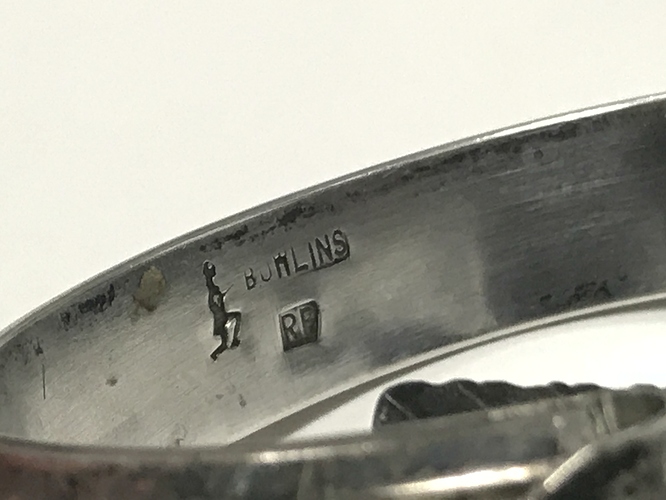 There is currently a Bowlins Running Indian shop in New Mexico according to the internet. It had a shop online link that wouldn’t open for me. Cool bracelet. I’ll try another search for the item.

Bowlin’s Old Crater Trading Post is a former trading post which was located along historic U.S. Route 66 in Bluewater, New Mexico. The trading post was built in 1954 by Claude Bowlin. Bowlin had traded with local Navajo since 1912, and he built his first trading post at the site in 1936. The store’s name came from a volcanic crater that drew tourists to the area. While the trading post initially served the Navajo, it soon served tourists as well due to increased traffic on Route 66. Inspired by his success, Bowlin built a chain of stores throughout New Mexico, which became Bowlin Travel Centers, Inc.[2] In 1954, Bowlin replaced his original trading post with the current building.[3]

The trading post closed in 1973 after Interstate 40 bypassed Route 66 in the region. Bowlin died soon afterward, and his wife sold the building, with the stipulation that it only be used for religious purposes. The Bluewater Bible School and Church used the building in the 1980s and 1990s.[3] The building was added to the National Register of Historic Places on March 21, 2006.[1]
See also

I’m thinking that this one is more in keeping with your bracelet. The other had nothing at all like that.

Many thanks Islandmomma!! I just love a responsive community that lends a hand when asked! It boggles my mind the amount of knowledge that is in this community! We are many!

That is sure true. I have found answers to years old questions here. I hope you got the bracelet. It was cool.