How old do you think this is?

I have an idea but I’d like to know what you guys think. Marked only “silver.” 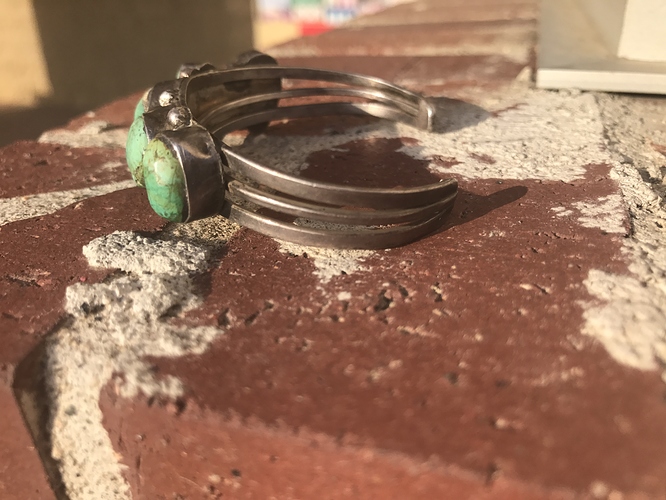 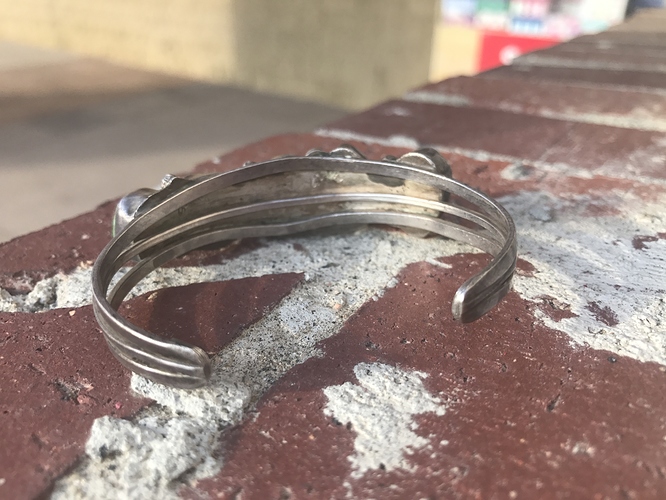 Silver mark was hard to capture: 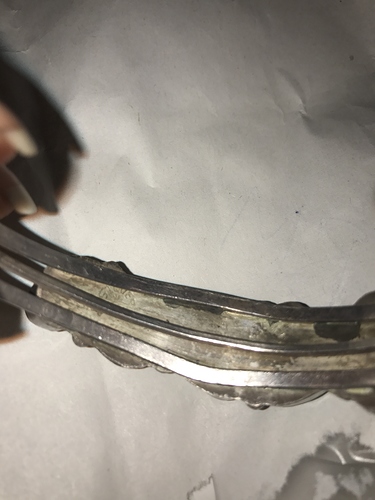 But let me try, anyway, so I can learn from the true answer.

In my experience, in the decorative arts, there is a period in the late 19th-early 20th century where the seeds of Modernism are starting to show. You can see it in the American Arts & Crafts movement, in some Art Nouveau objects, and then it is quite obvious when Art Deco rolls in. At some point, even among the oldest & most conservative artisans, there’s no attempt at all to create something reminiscent of late Victorian jewelry, objects with their surface decoration and intricate detail and historical references.

On the other hand, some Native American jewelry reminds me of folk art, which can be timeless, and then you have to throw away all those other references.

To me, this object falls in the latter camp. To me, based on the form, it could have been made anywhere from 1910s to early 1970s.

I suspect the shaping and treatment of the stones is another way to date jewelry, with very natural stones generally being earlier than stabilized and backed stones. To my eye, these look pretty natural.

Then I’m left with the hallmarks, where my lack of learning really shows. I don’t know the succession of hallmarks in Native American jewelry, and when “silver” gives way to “sterling” or “.925.” That is probably the “tell” as much as the form. I’m going to guess that indicates an earlier date in the range that I mentioned.

So … before 1930? And remember, I’m really, really green in this area, and that’s a guess, but I’ve shown you my work and thinking process to arrive at that, and I’m ready to be corrected about any faulty logic or assumptions.

I too collected Victorian jewelry until I found my love for Native American jewelry, so I understand your struggle.

My struggle with this piece is that the silver mark normally would mean that it’s old, but the metal work does not look that old. I wish the rules of Victorian jewelry applied to Native American jewelry as well