I have this old bracelet. Git curious about the hallmark so I look d it up. It appears to be Pete Sierra. Wondering your thoughts about this. Value? Maybe hang on to? Just curious. Thanks, Lis 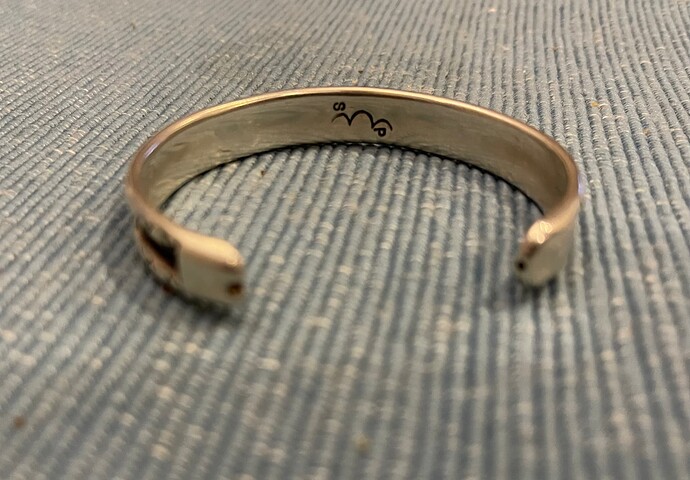 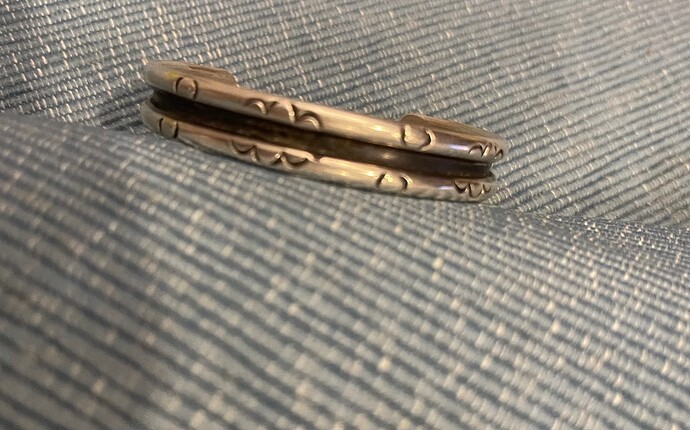 It’s not missing inlay in that middle section, is it? It was originally made this way?

His claim to fame was in cobblestone style inlay with good turquoise and other stones, which is not present here, obviously. Simple metalwork by him isn’t going to have much traction in the resale market. I saw nothing just like this in a quick search, but a simple one with minimal, standard inlay sold in 2015 for $72. So in short you can keep or not, but it’s not like you’re sitting on a nest egg.

There is a groove in the middle so that must have had an inlay of some stones. Didn’t think about that until you mentioned it

Saw this Pete Sierra bracelet on eBay maybe yours once would’ve looked similiar. 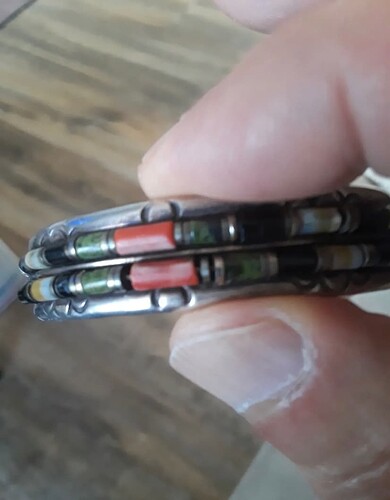 That does look a lot like it! Wow such a wonderful piece

Hmm, I don’t know if I’m buying the it-used-to-have-inlay theory. I completely agree that Pete Sierra is best known for his inlay, and most of his jewelry has it. But I just feel like if this had had inlay in it at some point there would be telltale signs of it—bits of glue on the silver, uneven patina, something. This just looks so perfectly smooth and even inside the groove, I can’t imagine stones were glued in at one point. It’s very interesting, however, that @TaraFawn75 found such a similar bracelet but with inlay. I’m wondering if maybe he made a few of this style bracelet and then decided to leave one without inlay for whatever reason.

It’s also interesting to note how similar the stamps on the front are to the middle part of his hallmark, between the letters. It looks like it could even be the same stamp.

I’m thinking it was maybe heishi strung on wire? Hmm… yeah I agree there would be uneven patina. 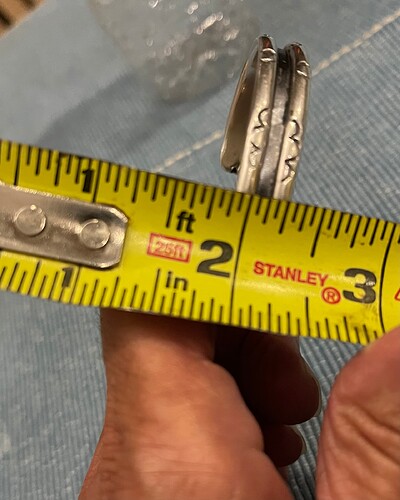 image1920×2399 258 KB
Maybe your correct. The little space in the center would need some tiny stones. 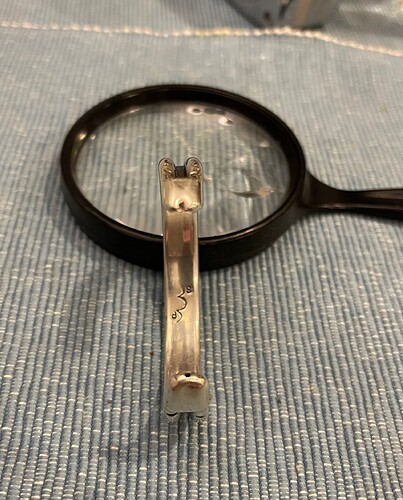