So since I am stuck home due to the snowstorm (seems a bit ironic that an ice skating coach can’t get on the ice DUE to ice and snow lol), I decided to post these. Somebody (Tarafawn?) posted a topic awhile ago about finding a ring to match their cuff (or other way around). That has happened to me twice, although not with as spectacular pieces. Here’s the first combo… 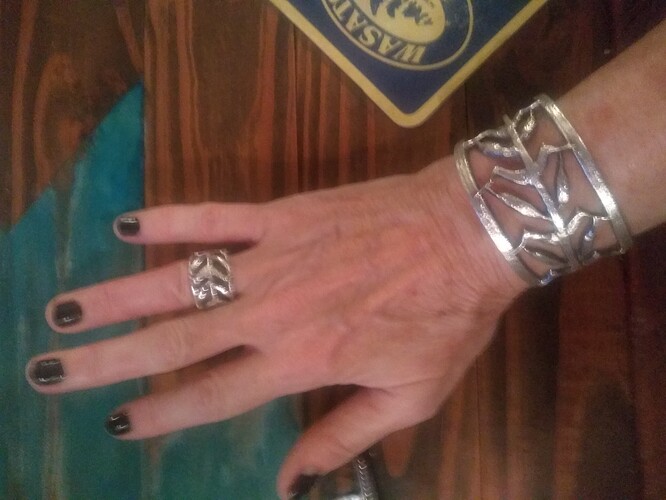 Dino Garcia of Kewa Pueblo exudes passion and skill, evident in his hand-cast jewelry.  He was taught by his grandfather Leo Coriz, who was very well known for his silver work and passed on his skill to his family. This intricate ring was...

It is! I bought another of his rings at the Eiteljorg also. Love his stuff.

Quick question bout the inlay cuff in first pic. When I got it a several decades ago, I assumed it was Zuni, mostly because I didn’t know much, and just figured inlay was Zuni. Since then I have learned more and think it’s Navajo. Is that correct? Here’s a pic of the back. 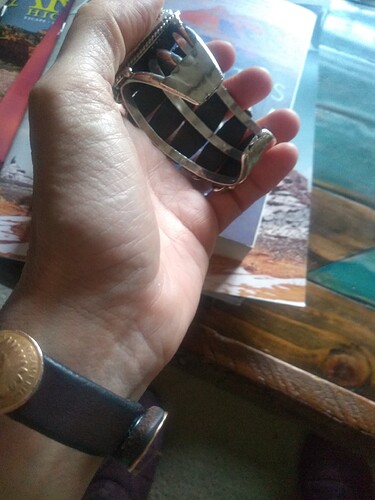