Any thoughts on the type of turquoise in this old sandcast buckle? I believe the buckle was made in the 40s-50s. 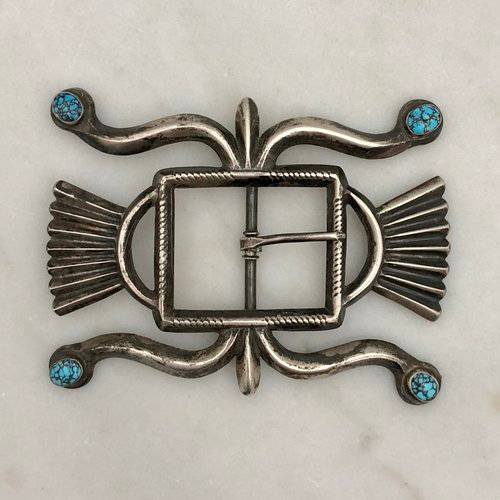 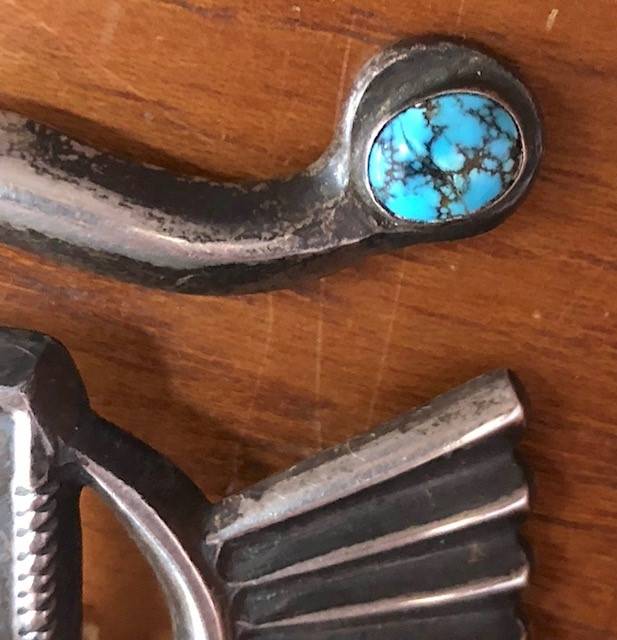 For comparison, here is a ring with a documented Bisbee stone… 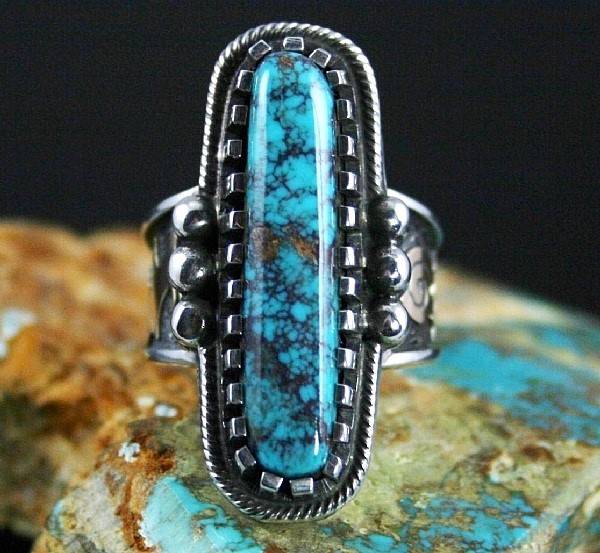 And these earrings were described as Kingman, but when I clicked on the photo properties, they were labeled as Bisbee. 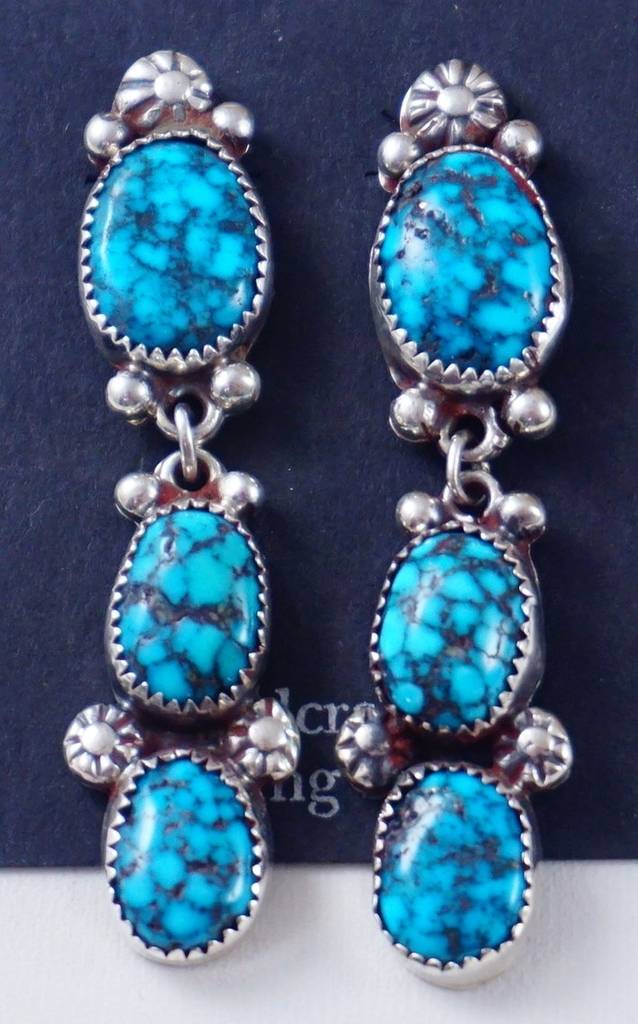 They all look the same to me.

The buckle is amazing, Number Eight Turquoise. The ring is by Arland Ben and he said it was a piece of Bisbee. The earrings could be a couple of different things, but I would go with Kingman before Bisbee.

Thanks Jason! Quick question, how did you determine the turquoise is Number Eight over Bisbee and Kingman? Is there a characteristic that is a dead give-a-way? They all look so very similar.

When you see enough you will notice the differences. I asked Arland about the ring, I wouldn’t of called that Bisbee, but I imagine he knows his source. Just shows you even the people who look at turquoise all day long how different they see the stones. You will notice how the web in the number eight is more distinct, doesn’t bleed like the other stones. Also, you don’t seem to see Kingman in this age of piece for some reason. You see more of those classic Nevada mines. Google Bisbee, classic Bisbee has a more what they call smoky web, not a spider web like you see in these stones.

You have a good eye for detail, Jason. Thank you for the explanation and sharing your expertise. Number 8 turquoise it is!