My father in law passed away recently. He was a bolo guy. I’d like to know more about these two …almost 70 years ago he went on his honeymoon through the southwest. My wife has a bracelet that her mom bought on that trip. We’ve no idea if these are from that era or not . Thanks for your help!! 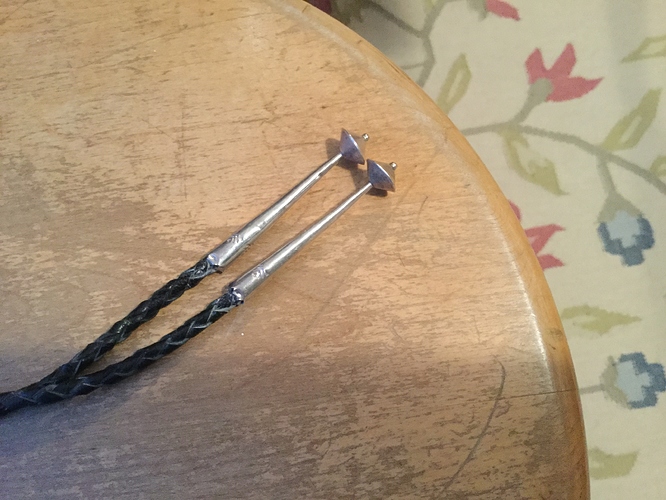 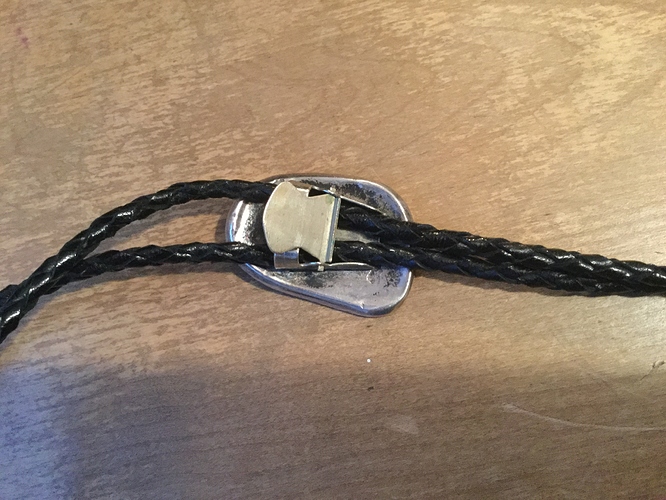 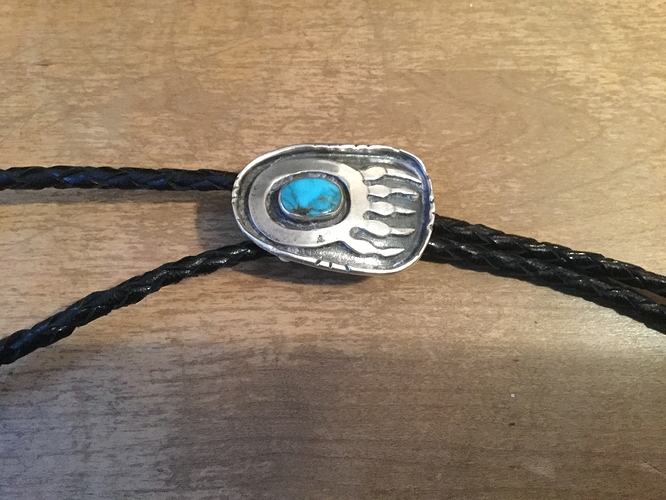 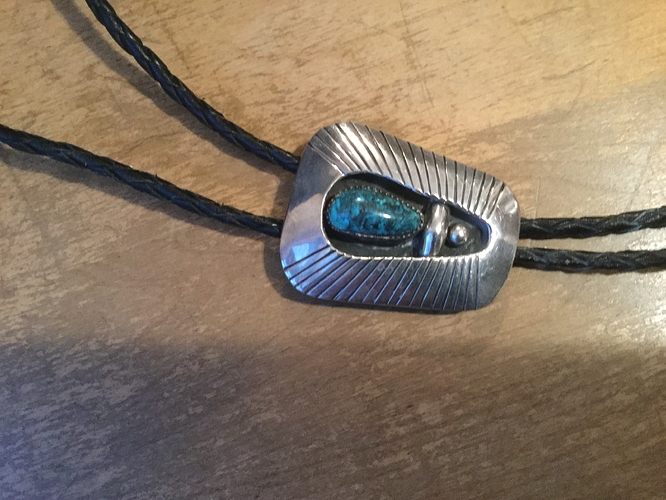 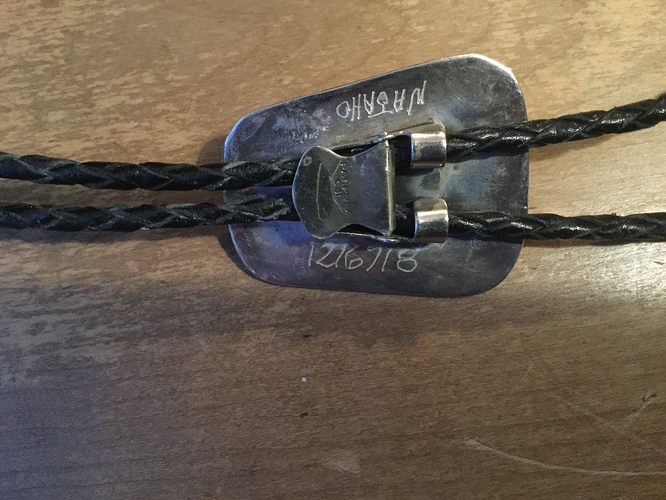 To my amateur eye, I would place at least the bottom one to late 50’s - 60’s due to the presure clip. The Bennett Pat Pending C31 claims life from 1957 to 1967 and it was replaced with C-31 mid 60’s and then just Bennett Pat Pending through the early 80’s before someone figured out no patent had been applied for and eventually no markings. At least according to many sources I’ve read! Cant see the other side of the clip on the bear claw but would suspect it’s newer. I really like the fact the toes/claws are not symmetrical. I would also assume the leather on the nice shadowbox bolo has been replaced since it looks so much “younger” and the tip points are bent so much. Although I wouldn’t place them at 70 years, they are still very nice!

Thanks for the information and bolo history lesson. It’s wonderful to have learned something about them. Do you have an idea about what kind of turquoise they are?

I’m only starting to learn about turquoise. Maybe in a decade or so…