Met this guy at a fair and he has sent me photos of what may be Albert Cleveland work. Also another nice old piece that he says is Thomas Singer. I have asked for a photo of the hallmark for the Horse cuff and will post it when I get it. Really just wanting to confirm the Albert Cleveland Watch cuff and get him a value. Apologies for the poor photos, thanks in advance! 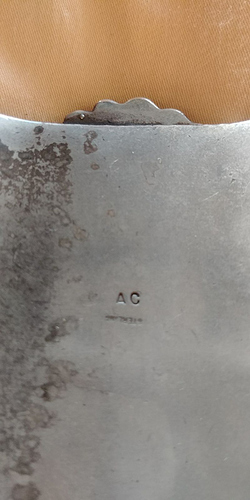 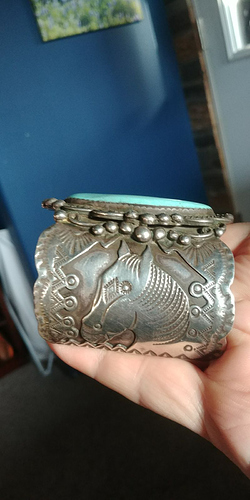 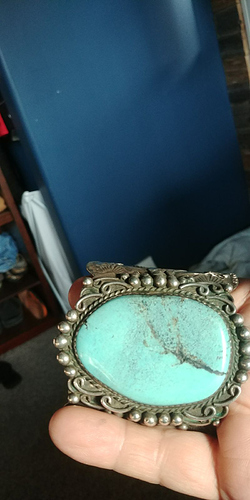 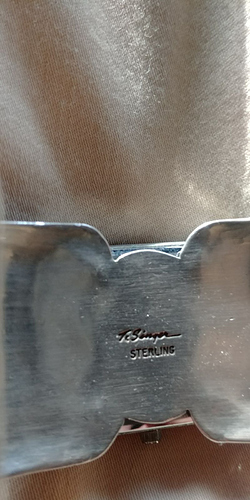 Just got some clarity on these. The watch cuff is Tommy Singer, the other Horse cuff marked AC is what I am trying to value and type the turquoise

You might want to check your camera as your missing the mark .

beautiful bracelet, it certainly looks consistent with his style. He makes everything completly from scratch, from scrap silver, melts it and hand rolls it out into plates, so it does have some distinctive features. look especially on the inside flat surface

Albert disappeared and has resurfaced. He was stamping his work AJC, Albert Jacqueline Cleveland. However, I believe he has separated with Jacqueline. I do see that Hougart (published 2014) has a AC and AJC listed for his hallmark, believing the AC is after the separation. This style was really popular in the early 2000s, he couldn’t make enough of it. I did look in Wright’s hallmark book just to see if he was listed, second edition was published in 2000, and it doesn’t have him listed. Albert can make his stuff look ancient, but I think this piece would have been made since his breakup. The stone looks like a piece of Kingman.

Thanks Jason! I have passed that on to the owner.