Well here I am again stuck with something I can’t explain buying. Got me by the eye and that’s all it took. Please any thoughts? I can’t get a positive acid test on it for anything certain. Not many AR’s in the books that have any history or work I can find. Don’t need the price as I rekon I paid to much. But ooh aah isn’t it pretty and shiny! 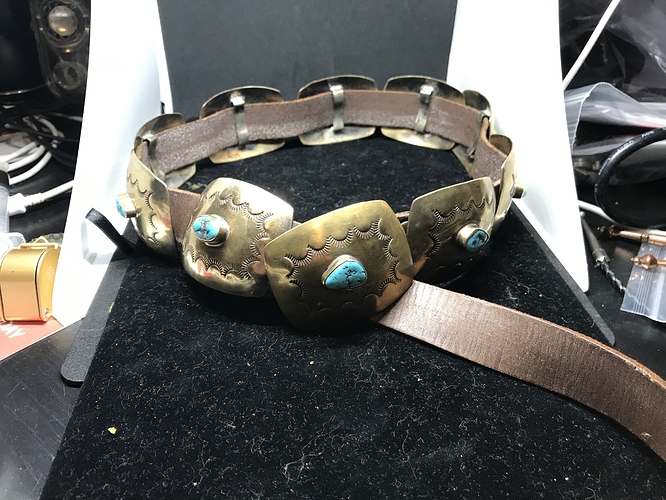 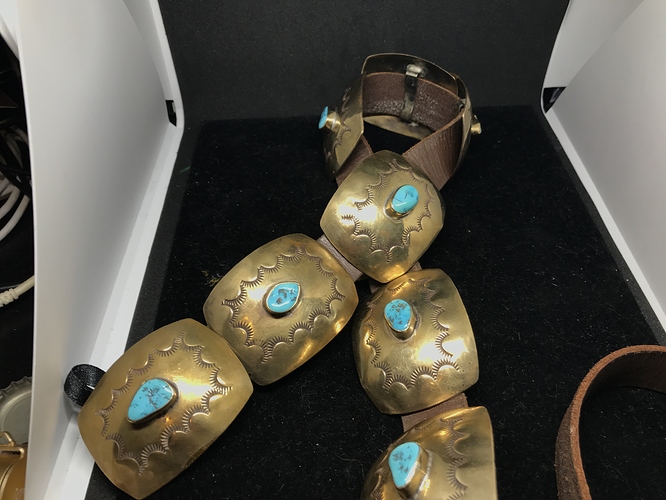 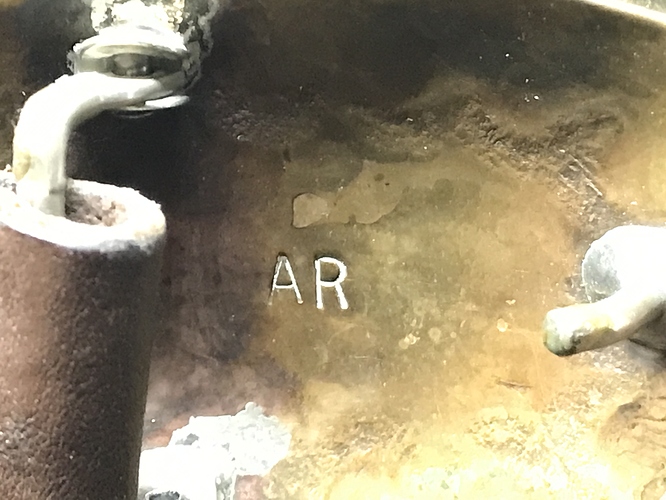 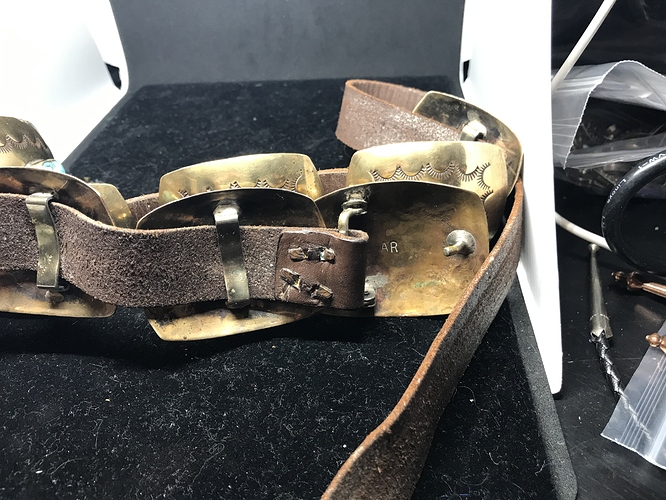 Don’t know who AR is but Tony Aguilar Sr. worked in brass a good bit. He was stationed in Iran in one of the World Wars (2 I believe) and learned how to work it at that time. His son uses it some too. I had a gorgeous cuff by TA Sr that I wish I hadn’t sold.
Anyhow, before I got sidetracked, the point I was making was that you might be looking for an older maker. It is a nice looking belt and you may not have over-paid as much as you think. I sold the cuff for over $700.00.
Maybe someone more knowledgeable will shed light on the maker. Either way, it’s a cool belt.

I bought a brass concha belt from Perry Null a couple of years ago, that they were selling for the son of Ambrose Roanhorse – i.e. Ambrose Roanhorse (AR?). But I have not seen an AR stamp for him before personally, and my belt from you does not have a stamp on it, so I cannot correlate it to mine. But I thought that maybe the lady that presented the question, might be interested to find out that the 2016 Hallmarks book by Bille Hougart, lists on page 417, an “AR” stamp for Ambrose Roanhorse. Although she says maybe she paid too much for it, if it is a Roanhorse piece, maybe she did not pay too much, especially if it has good turquoise.

Ambrose Roanhorse has a rocker on the stamp.