Hey Friends, I recently ran across this Royston bracelet. I was considering purchasing it but red flags went up when I read the sellers description. She attributes the piece to Navajo artist Derrick Cadman, son of Andy Cadman. That just doesn’t add up to me. This looks like an older style and rougher craftsmanship than what I have seen of Derrick Cadman work. Derrick Cadman works in a more modern style, right? I would appreciate your opinions on the authenticity 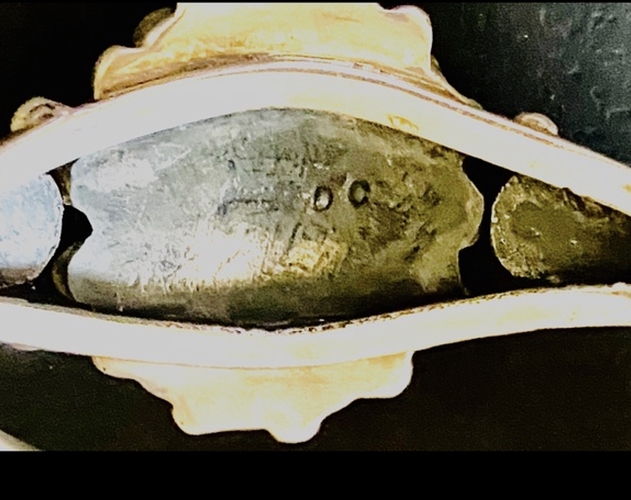 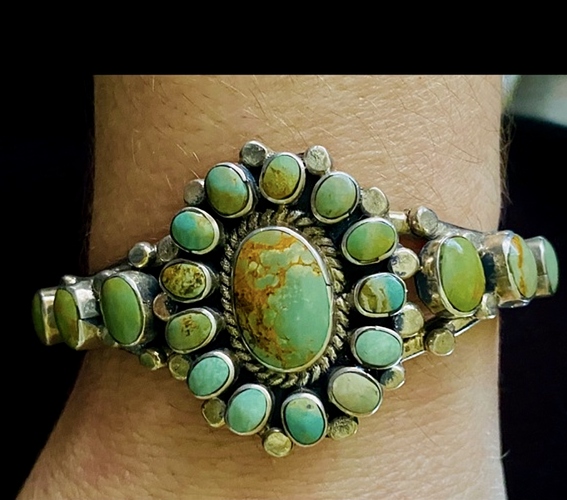 Nothing really stands out as unusual to me. I think they all work in a revival style.

On second thought though, they usually use solid stamped cuffs. They’re known for their stamp work, so it is odd that this has none.

Tough to pin down styles sometimes on artists. Tommy Singer is always associated with inlay but here is a bolo tie I bought completely different than that. Probably one of his early works. 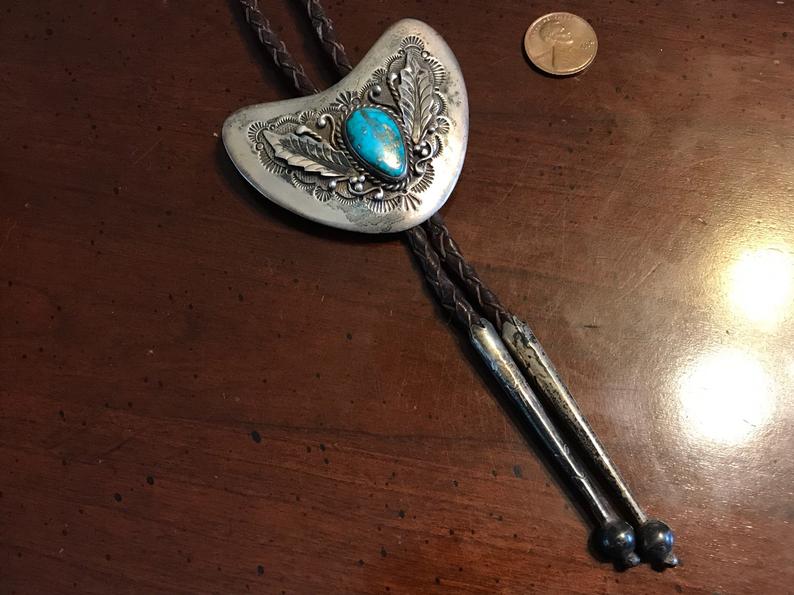 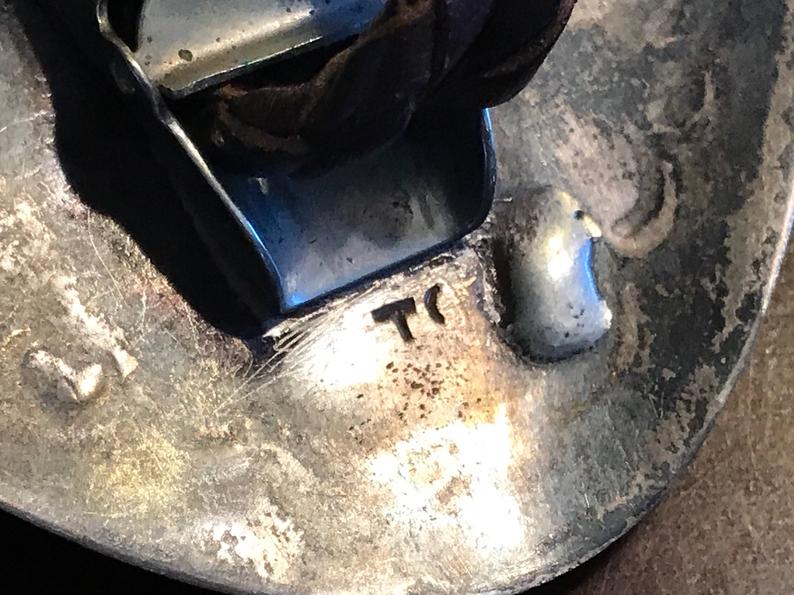 Yes, Jobig, that is a nice piece but as you say, not typical. Whether that makes it more valuable is beyond me. I’m wondering if this Derrick Cadman cuff could be one of his early pieces. Possibly he was trading under his father? Like Harmonart said, stamping is his thing now. What I’ve seen of his work is a little less traditional in design also. Here are a few pics that I think are representative of his style the way that I think of it. Agree? 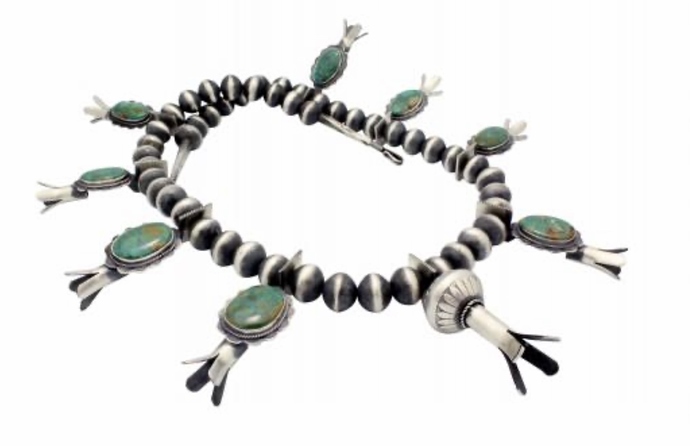 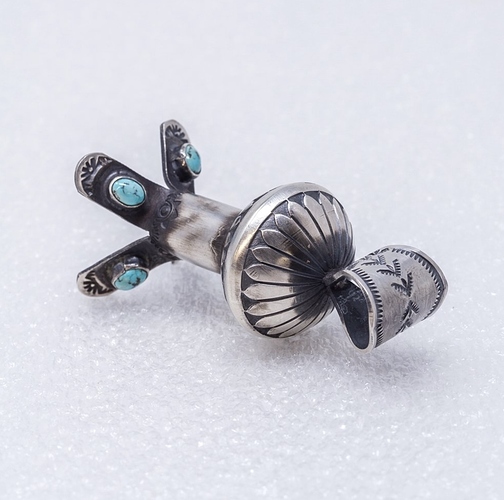 Derrick is a young fellow, so if this cuff looks rougher than what you see of his output now, it’s worth remembering that all smiths have a learning curve. The traditionality of the style doesn’t mean it isn’t him, since he did a bunch of work in traditional style.

He’s been a jeweler for a short time, so “earlier” isn’t all that much earlier than now, but he certainly could have greatly built his skills by now. Re value, that relies on where a given piece stands within the range of a maker’s output (at mastery level vs. apprentice level, for example), reputation that’s been built, and of course the subjective market. Hence, an earlier piece doesn’t automatically add value.

Yes, I understand. Like with painters an artist is often known for a period of their work but that doesn’t mean he hasn’t worked in other styles. I actually love his newer style, especially his blossoms. They are traditional but fresh and unique. Thanks to all of you for helping me understand what may be going on with this cuff. I’m excited to have learned about Derrick and look forward to following his career going forward. I think he’s very talented! I just might buy that cuff

I asked derrick and he said that was not his.

Wow, thanks Jason! I’m glad I didn’t buy it now, if not for the reason that it isn’t one of Derrick’s, than especially because the seller wasn’t truthful. Thank you so much for going out of your way to check for me! The good news is that because of that cuff I discovered Derrick and his work which I like very much. I think I’ll buy one of his new pieces. Thank you and everyone for your input!!