I wanted to share this exciting new exhibition that is coming to the Barnes Foundation in Philadelphia this spring: 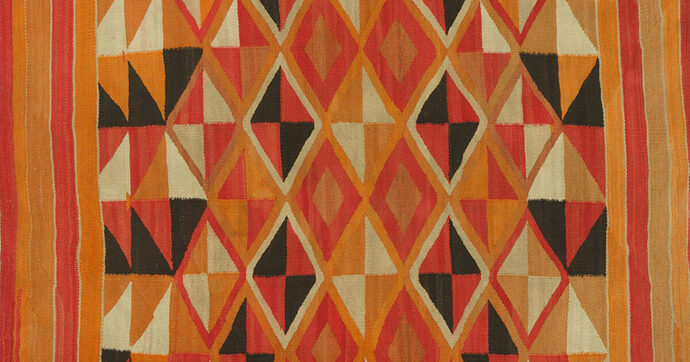 It looks really great, combining historic Southwest Native art collected by Dr. Barnes with pieces by well known contemporary artists, and is co-curated by the curator of ethnology at the Museum of Indian Arts and Culture in Santa Fe. This is for all of us East-Coasters who usually don’t get to have exhibits like this nearby!

Oh yay! I’m gonna try to get in for this. So glad there’s a catalogue, too. I’ve seen the Barnes Native American material, but how exciting that living artists will be represented alongside it. Thanks for sharing this!

Albert (you see, we’re on personal terms, in my head

) was way ahead of his time in considering Native American arts as art. He was also a huge character, and there are interesting gossipy stories about his visits in the Southwest.

Thank you for this! I am super close about 40 minutes away

Thank you! @OrbitOrange for sharing. I sent link to my sister who is in phillie. Hope I can get down there as well. Looks amazing!

Ha, I love that you’re on a first name basis with Albert. He was way ahead of his time, not only in his appreciation for Native American art, but of various non-European art from around the world displayed right next to his Renoirs and Van Goghs. Even the paintings by the impressionist and modernist masters he collected were not widely appreciated at the time. I’ve seen the Native American material too, but have meaning to get back to see it again for a few years now and this will be a perfect excuse. Also, I seem to have had the problem every time that I’ve gone there in the past that I get so wrapped up in the more well known art at the beginning that by the time I get to the art from around the world upstairs I’m kind of spent. I’ve vowed that the next time I go I’m going to start with that material and go backwards.

@OrbitOrange You need to talk them into selling this squash blossom to you. Remember, “everything” is for sale. 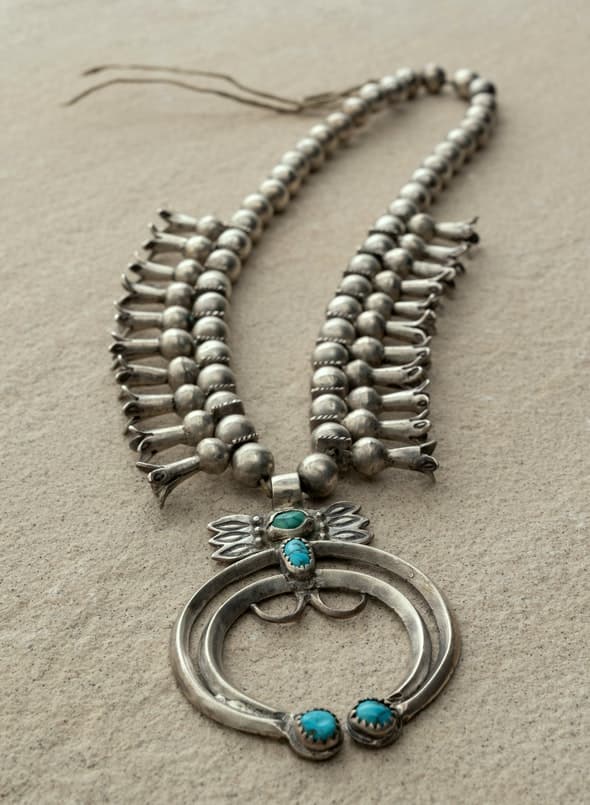 @TAH I know, I was admiring that one too! The stamping on the tips of the squash blossom petals is so unique and something I don’t think I’ve ever seen on a squash blossom before.

have any of you folks (still have to stop myself from saying “youse guys”-lol) been to pow wows,re-enactments,etc.? stuff a bit less…elite?..more down-home?
there’s been a doin’s at the park for …crap,nearly 40yrs? & I don’t think I’ve missed one-though the previous 2 have been cancelled,of course. fingers crossed for this year.
memorial day wk-end. fur-traders,french & british troops… it’s more fun to wander around when people are setting up before the show or when there’s a special event “over at the south end” & you’re headed north. get to learn stuff. like,a gal admired a shirt I’d made but said it should be about 4in longer. 'bout fell over laughing cuz I’d just re-hemmed the night before…4in shorter.

That sounds like fun! I’ve never been to exactly what you’re talking about, but my understanding is that when I was little we used to go to Pow wows (that’s what they called them then, is that what they’re still called?) on the western side of Ontario. Close to the Manitoba border. I was really tiny so I have no memory of it, but my brother said at one of the Pow wows some of the natives there took me out with them on one of the dances. We probably have pictures somewhere, but everything dad took then was slides. Don’t have a slide projector anymore!

BTW… Doesn’t bother me if you say you guys. I’m afraid I say it all the time. Especially with the kids I coach.

Do they have one of those fur trader reenactment things at the MichiliMackinac fort? Seems like it was going on once when we went through there.