Greetings! I had forgotten that I had this old piece. This is something that I bought way early on in my collecting before I had any idea about NA jewelry. It has always been something of a mystery, and I bought it online without the benefit of being able to see it first. I contacted the seller when I received it and he refunded most of my money but ended up letting me keep it anyway, because it was certainly not as advertised, but the guy was honest and just did not know what he was selling.

Anyone want to hazard a guess on what this may be? The necklace actually seems to be reasonably well constructed and does hang well on the neck, but other than that, it’s either been through hell and someone tried to clean it with something caustic, or it is a material that just has not aged well. The “turquoise” does appear to be dyed but real rocks of some sort, haha. It is not marked Sterling and The answer is that it isn’t, but could pouring bleach or something strong on silver or silver plate turn it like this? It just looks like it’s been beat to heck.

Obviously, this is not a valuable necklace and probably is not native made, but it just seems to be such a mishmash of different components, that I’m interested to see what everyone thinks about it. 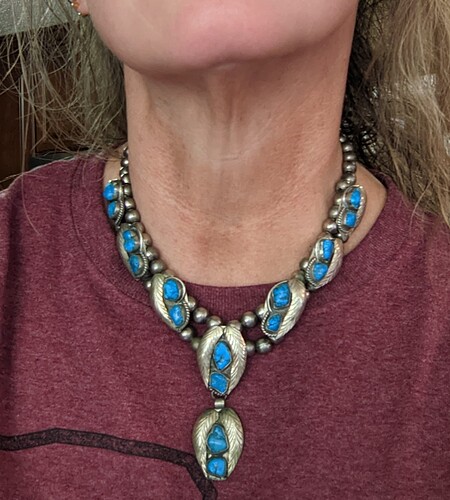 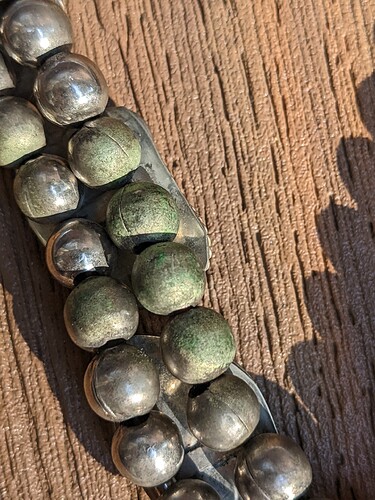 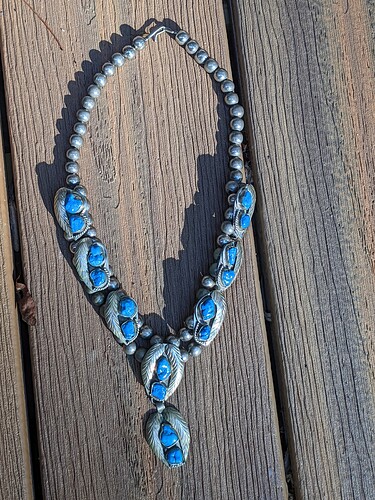 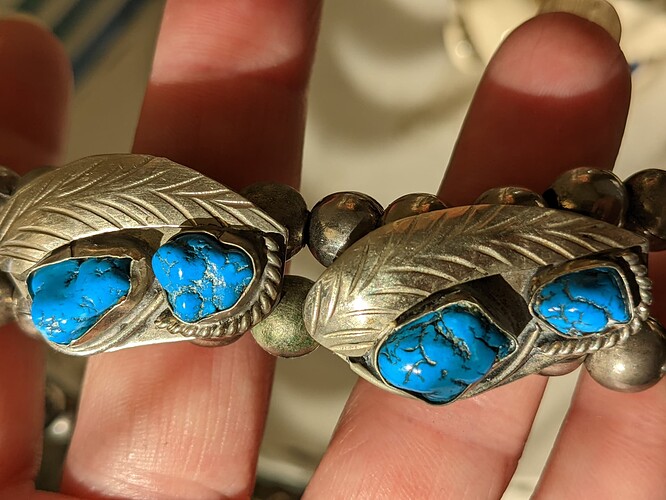 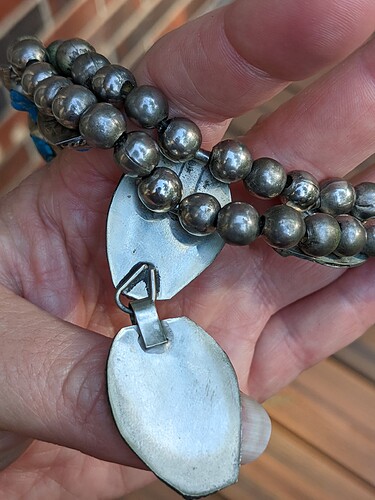 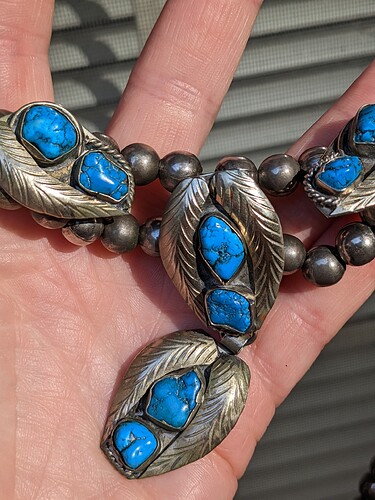 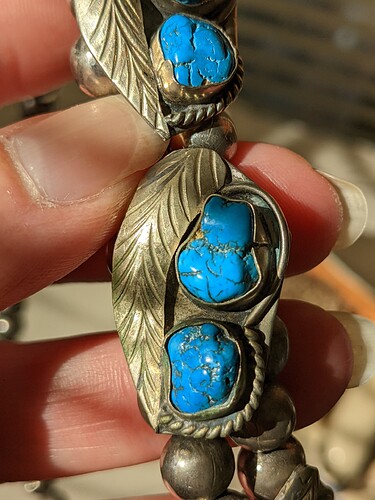 I’m assuming you’ve tried to polish it, and that’s not just tarnish. It looks greenish. I have some copper pieces that can turn greenish if I don’t polish them. Could there be copper in the silver?

@TaraFawn75 it is a good guess and yes, I thought likely that since style components are similar.

Yes silver usually has a small percentage of copper-maybe 7%. The beads have a vertical seam which is often indicative of plated.

@Ziacat no…I’ve never touched it with any polish, cleaner, or cloth. It came to me like this. That green on the beads is permanent and the discoloration and wear is how it always looked. Some beads are rough and whoever cleaned it last stripped it to this condition. It is too stripped to even tarnish.

@Islandmomma correct…those beads are not at all like bench beads; they look like machine made costume beads.

@markyboy57 And they were heavy with the dye, too. It is so bright in color that it’s in technicolor! Not a color found in nature.

@mmrogers even the leaves, which are “finer” material than the rest of it, don’t seem to have any silver in them.

A reputable jeweler/coin shop/cash-for-gold shop that has an XRF machine can test it for the final word on metal content. Check on the cost of this service before you ask them to do it and also ask that they not file anything.