My mom has had this belt buckle made from a fairly big looking chunk of turquoise for a while now and asked me to see if I could find anything out about it. Its about 3 3/4" long by maybe 2ish wide, and ranges from maybe a quarter to a half inch thick. The metal part of the buckle doesn’t seem like pure silver, maybe some kind of an alloy? I would think it would show some more significant tarnish if it were mostly silver.

The bottom has a bit of a void in it that has a fill of some sort, it seems to extend under the metal a little bit. There’s what looks like a letter D carved into the stone, and there’s a small mark in front of the hook for the buckle that might just be a ding in the metal. Its sort of a seafoam greenish color, with some veining that looks like a straw or pale gold color in a pattern that almost resembles snake or lizard skin at what’s probably the thickest part.

I tried to make the pictures as accurate as possible, but the color isn’t quite right.

Any information I could get on where this might have come from and/or what kind of value it might have other than sentimental would be appreciated. 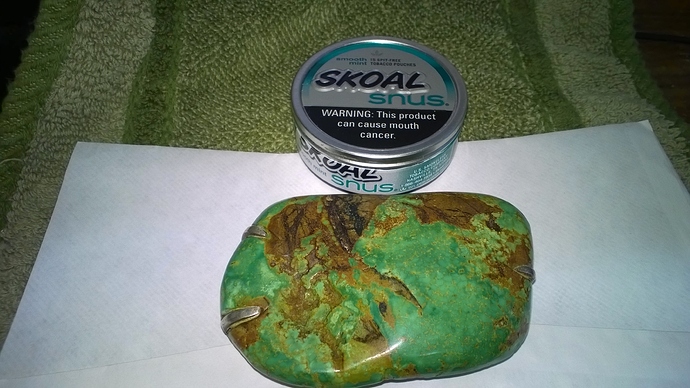 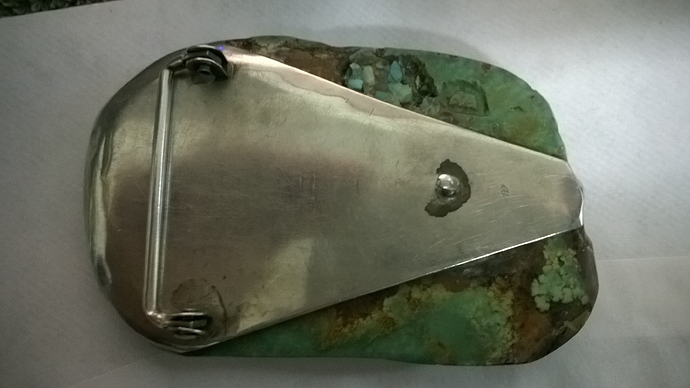 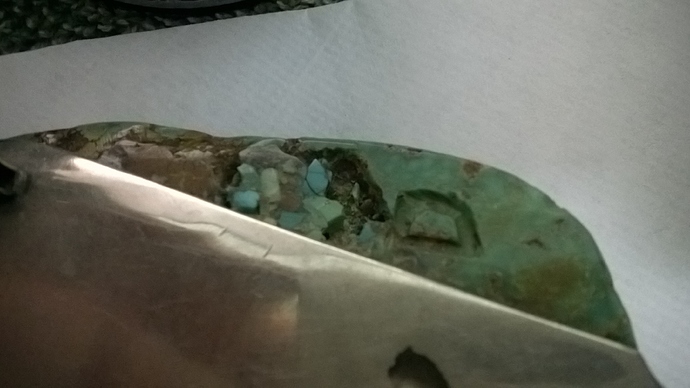 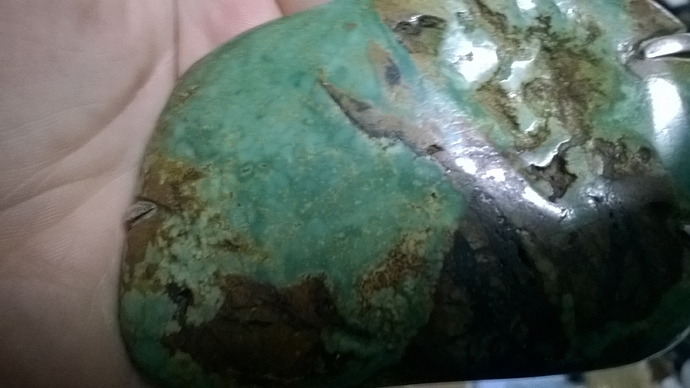 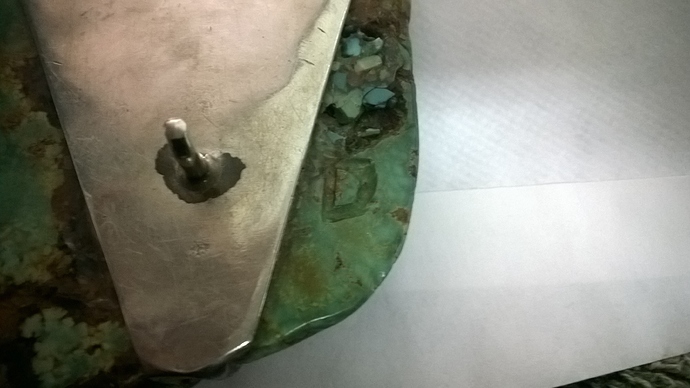 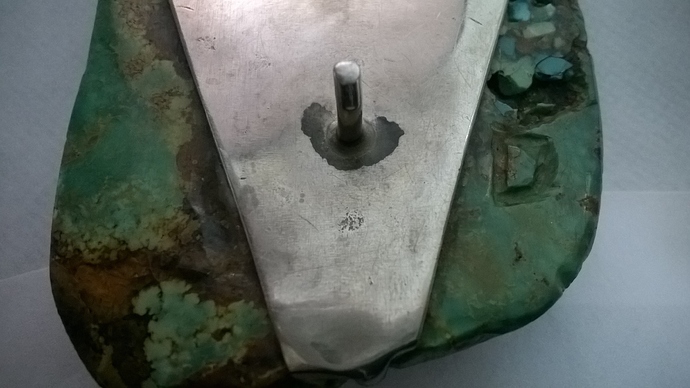 The post looks sterling. The stone is huge. Get it weighed. Might worth much more than you think

I would think maybe around 2-3k

Hey, thank you very much for the information! I have a couple follow-up questions, if you don’t mind. Once I can get it weighed I’ll report back.

I assume I’d want to know the stone’s weight? Is there a way to find that out without removing the metal or is total weight what I’m looking for? Is this something I should ask a jeweler or the like to do for me?

Yes the weigh and measurement too. It look custom made. Maybe the initial D stands for the artist or for the client. This is a big turquoise. The value can only go up higher

Thanks. I’ll see if I can find a jeweler who can weigh it for me, but I might have to wait until a bit closer to the end of the month when I can travel to the town nearby that’s a bit larger. I’ll update this post with more information as I can. I appreciate your help!

This is a bit of an odd piece.
I’m not even sure it is native made since the piece uses claw mounts rather than bezel set for the stone. Also the backing plate does not cover the whole back of the turquoise leaving it exposed on the edges. If used as a belt buckle this would make it prone to chipping and cracking since belt buckles have a tendency to be banged into things.
It looks like Royston turquoise, but could also me King’s Manassa. The only way to tell if the backing is silver is to test it with acid. This will tell you if it is silver or nickel…it will not tell you if it is sterling. The fill is either Devcon or on the older pieces liquid metal, can’t tell from pics. The D in the stone could mean a number of things, from the finder to the lapidarist to the maker. I did not say artist because there is nothing artistic about this IMHO it has just been put together without a lot of thought to protecting the stone. The value is in the stone and at auction would bring $200.-300.