Interesting pieces... any idea on the stones?

The pictures uploaded backwards but my question is about the turquoise stones in the bangle pictures at the bottom.

Hi all, I purchased this a couple of weeks ago. The seller purchased them in Santa Fe several years ago. I was hoping get an idea on the turquoise as to weather it is genuine or not or type. I must say I was drawn to it because it’s a bit all over the place. The sides don’t match and the stamping is all different shapes. It’s a bit over 2 ounces. The person who purchased it said that the artist was new and these are some of the first pieces he made. My guess from the makers mark is Rick Enriquez or Enrique. Maybe he was a Junior and later on dropped the J. This is just my guess though

The other bracelet was purchased at the same time, 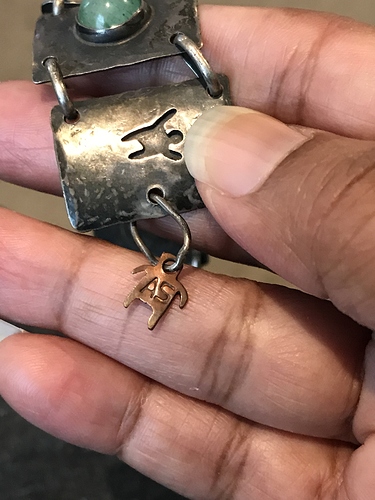 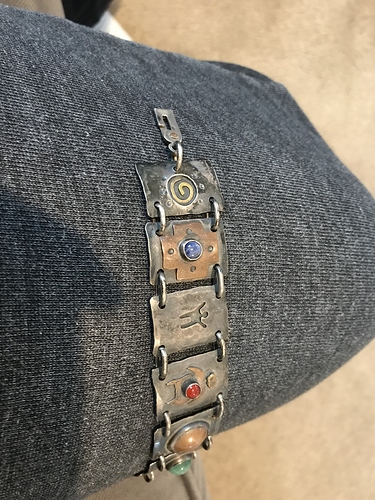 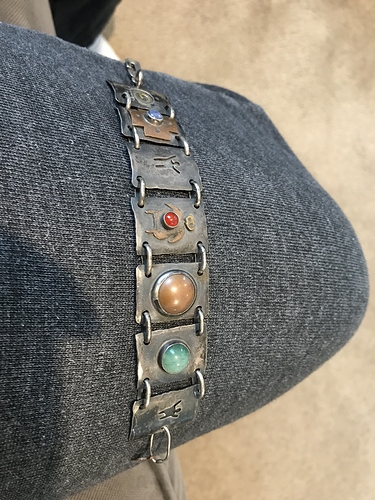 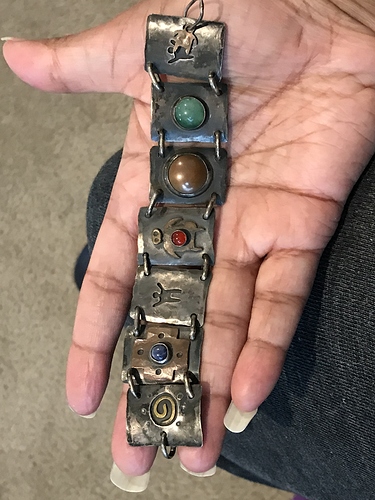 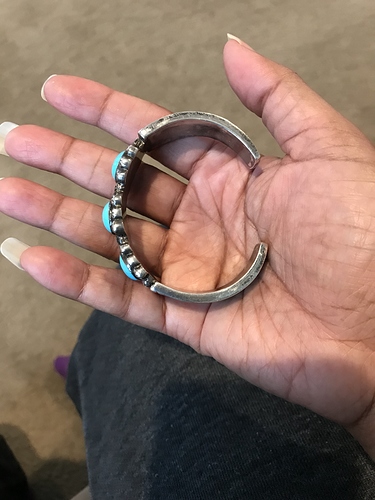 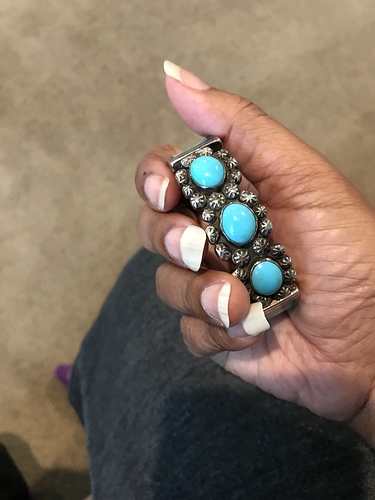 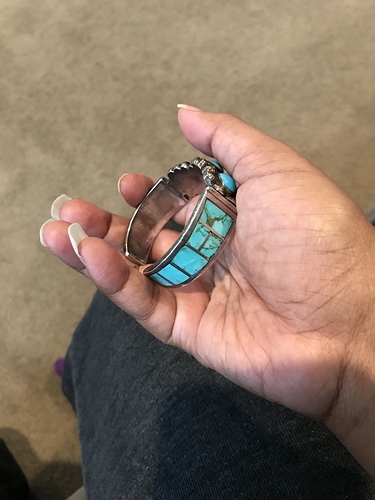 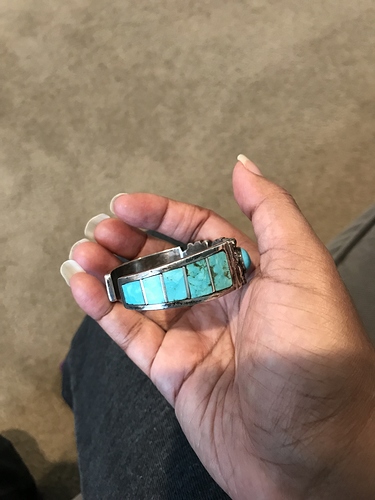 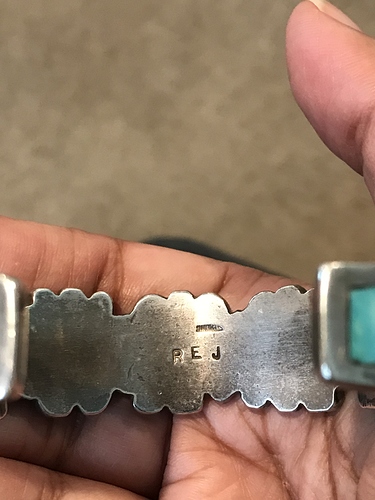 I have seen Zuni artist Elliot Coonsis make this set stone on top and inlay on the sides, but your piece I would call Navajo do the setting and weight. I looked up Rick Enriquez on google search and found his work, The styles are very different, could just have a similar look for the hallmark because they are letter stamps. Also, could be some type of collaboration piece. The turquoise looks real.

Your link bracelet is full of character. I couldn’t find anything on that hallmark, when you purchased did they have a name?

Hi Jason, thank you so much for your all help. My sincerest apologies for taking so long to reply. I haven’t been well for quite some time. I did get in contact with the original owner of the cuff and she stated that she purchased it in 1994. She said it was purchased at an Indian Market at the plaza in downtown Sante Fe. The mother of the designer was selling his pieces there. She stated that the bracelet was one of the first pieces that he had made and that since he was so new but somewhat popular in the community, she was selling his items for him at the market. The original buyer couldn’t remember his name, because it was so long ago.

The link bracelet was a gift from her sister. The only information she could remember was that it was sterling silver and that her sister purchased it during her visit to Taos. Unfortunately, that was all the information she had.

Thanks so much again

The link bracelet looks a lot like the work of Alex Sanchez. I’ve not seen his hallmark on a hang-tag before, but there’s always a first time! Just a thought–if you google his work, you’ll see what I mean.

Thank you so much, I will take a look and see what I can find

The seller says it is one of the first pieces made by Richard E Jim. When I looked at his work there were a lot of that stamped star look on them, but I can’t say for sure.

I am not familiar with his work. I did a google search and he does make some nice things, and the pieces I came across do seem newer. It is hard to get a feel for the quality from an image, but the bracelet appears to be nice. You will notice that the bracelet combines inlay and set stones, a shaped edge and definitely some style. He is a quick learner.

Thanks so much. I really appreciate all your assistance