Hello everyone! I am new to this forum but a long time admirer and collector of Native American jewelry. I don’t have many pieces because I am particular on what I buy but I am showing you 2 pieces of both father and son in which I believe I had the rare opportunity to buy a few of years ago. I know the history of both father and son Kenneth Begay and Harvey Begay but would like to date the pieces shown here and possibly the get an appraisal if at all possible. My guess for Kenneth’s is possibly 50s or 60s but unsure on Harvey’s necklace which is 14kt gold and turquoise. I am also curious of the name of the two different turquoises in the pendants. Thank you. image|375x500 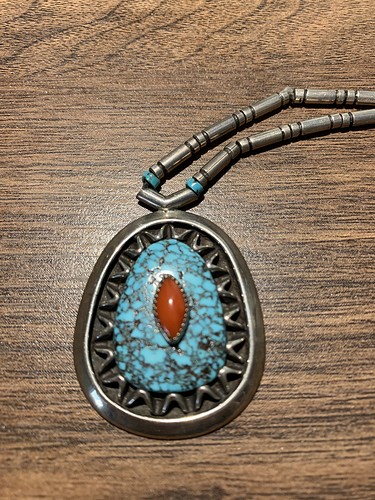 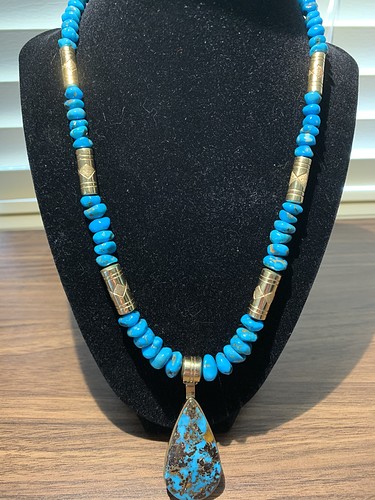 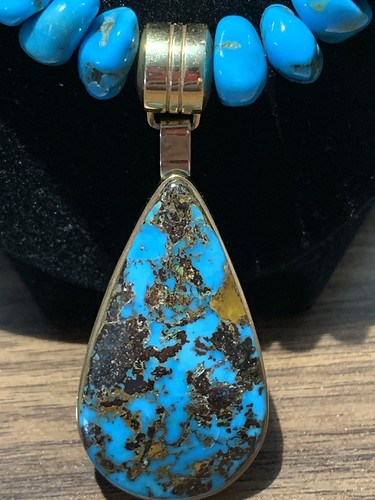 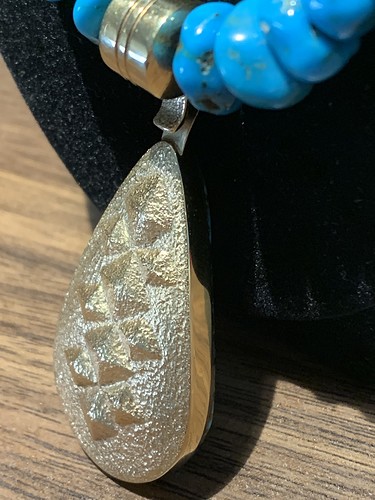 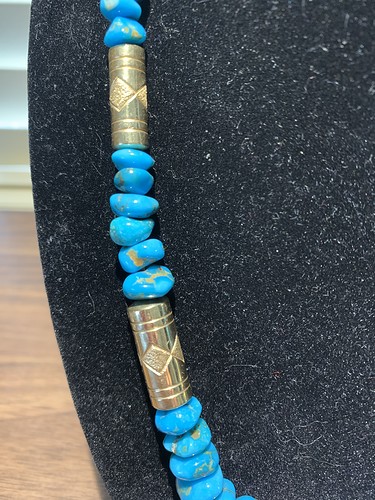 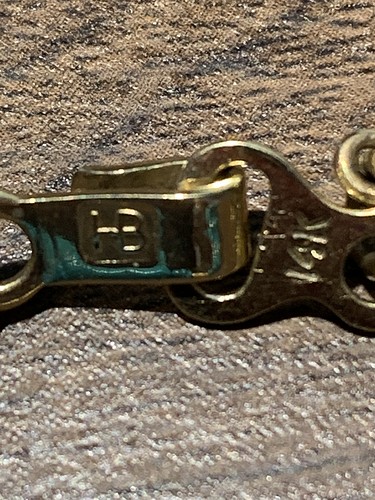 Just wanted to say in the last picture that is not “gunk” in the clasp, it’s the reflection of the turquoise in the necklace. This piece is in beautiful condition!

Thank you Islandmomma! I love it too! There is a full picture of it this necklace after my explanation above you just have to click on the image. Have a wonderful day!

Thanks! I completely missed that link. That is most certainly an envy worthy necklace. I sure wouldn’t have a problem owning the other one either!

In Schaff’s book it states that he worked for White Hogan from 1946 to 64. So we would assume that this piece would have been created after he left in 1964. As far as the value we had a necklace we put up for $24k because we didn’t really want to sell it, but had serious offers that went as high as $8k. Your necklace I think of as the same value. The Harvey Begay necklace is probably something you can answer with when you purchased it and the information you were given then. He began making jewelry in the mid 1900s but this necklace has a feeling of not being incredibly old. Seems like those beads, possibly Castle Dome suggest 1990s or after. Would call that pendant Morenci, believe I am seeing pyrite. $6000ish.

Thank you Jason for your incredible information. I was hoping you were able to view the first image of the full necklace after my explanation above, some how it’s not showing as picture. I again appreciate your incredible insight of my pieces. I definitely cherish these. I know this may sound like a dumb question but would the artist make more than one of the same piece?

It is very common for an artist to make more than one of the same piece. You have a collector that will commission a work based on another, or the artist just has figured a design that sells really well. They will all be handmade and have something a little different about them to make them their own.