Hi,
I am considering making an offer on this cuff. Seller believes the stones to be #8 mine and dates it around the 1950’s. It is 146 grams and 2 inches high. The seller believes it is either sterling or rolled ingot. It is not hallmarked. Would you agree on the age and any guesstimates what it would be worth? Thanks, I can always count on this forum for educated advice. 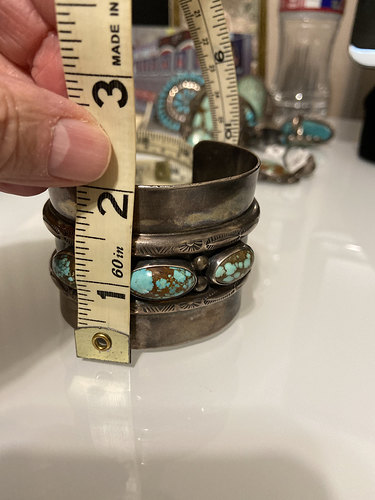 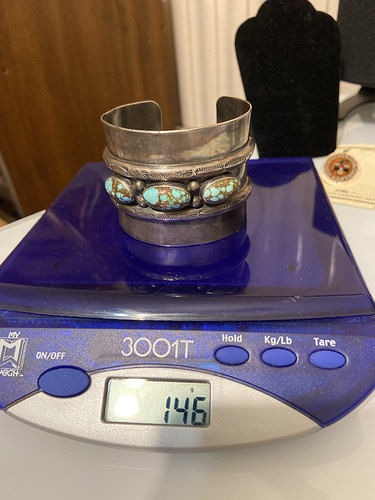 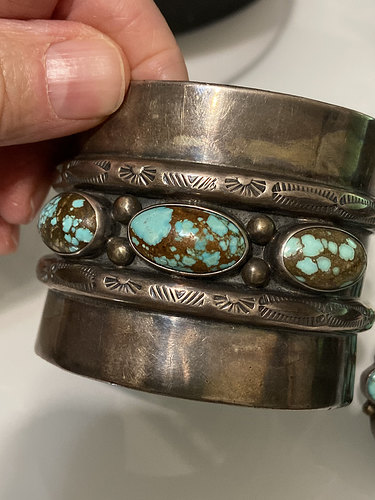 I think it’s a good looking cuff. Not sure on the age or value. I would buy it if the price was reasonable. The stones are nice.

Sterling and rolled ingot are not mutually exclusive, since Sterling refers to the metal content and ingot to how it was made. It can be tested to determine silver content. To determine whether it was made from ingot we look at the back, although I’m not sure if you get the telltale cracks and fissures if it was rolled from ingot as opposed to hammered. Anyway it looks like a nice cuff, I’m not completely sold on those stones being #8 but I think they are pretty.

Red webbed #8 that I have for comparison.

[quote=“Islandmomma, post:2, topic:8587, full:true”]
I think it’s a good looking cuff. I would buy it if the price was reasonable.[/quote]

Ditto! The stones and dark patina compliment each other. I really like this cuff.

Extremely unusual, so much so that I can’t place it stylistically. I wonder if it might be Hopi or other pueblo. Is it repousse for those two raised silver areas? Wish we could see the reverse side, also to see what the silver looks like.

Most likely the piece is sterling silver plate not rolled ingot. The reason I make the assumption is that the two half-round wires are soldered to the piece and silversmiths that do labor intensive ingot work usually don’t mix the two, fabricated and ingot (most of the time). I found this example of Number Eight online that is similar to yours in character. 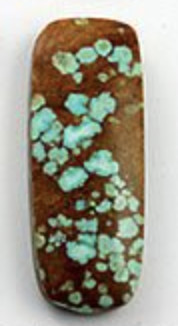 Usually you see a tighter web with Number Eight and not as much blotching. If the seller is selling the piece as ingot, 1950s, Number Eight bracelet and that is reflected in the price I would try to negotiate due to the idea those selling points could be argued.

Thanks for all the input, it gives me a lot to consider before I make an offer. @chicfarmer the uniqueness is what drew me to the cuff in the first place. I will get a pic of the back and post it.

@chicfarmer here is some pics of the back and sides 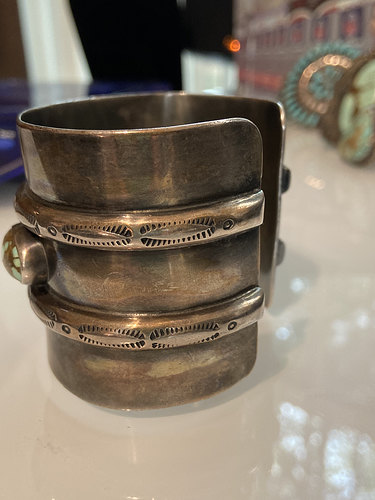 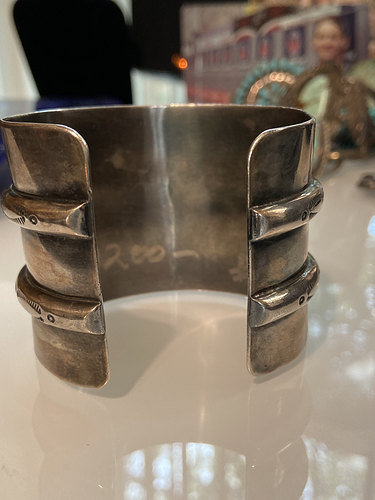 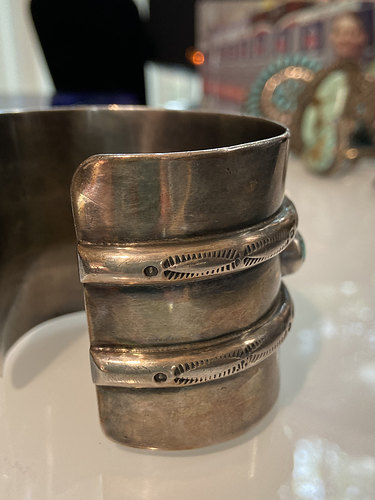 @Jason knowing what you know about this cuff what would it sell for at your shop. I really like the look of it.

Just curious, did you get this cuff? I would definitely been tempted. 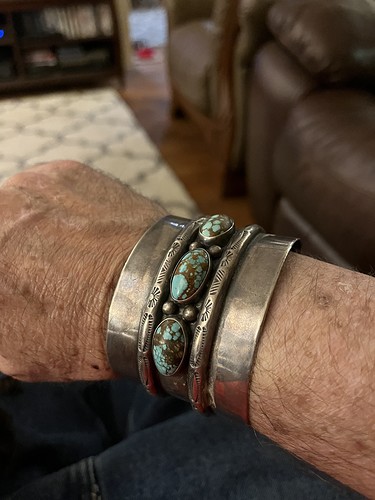 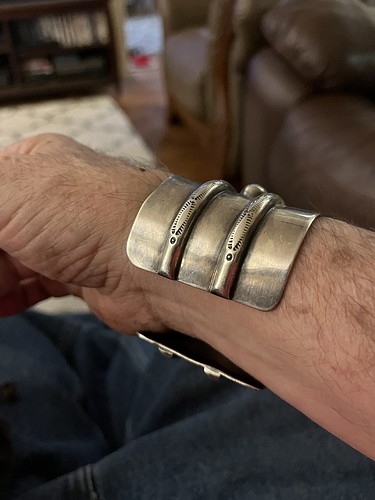 It looks great and also comfortable. Hope you’re enjoying it.

@joebig That cuff is certified awesome! One of the coolest pieces I’ve seen.

I love it! Thanks for sharing.

It is cool thanks for sharing : )