With the numerous discussions of pyrite in Morenci and Kingman (including Ithica Park), I thought it might be of interest to post these Kingman nuggets. Years ago I bought these from a gem and mineral show. The seller claimed he had purchased these from a collector who had had these for 50+ years. He had several dozen of these, I bought 5, my friend also bought several!
As I had only seen pyrite as inclusions in polished cabs, I found theses interesting. Like most Kingman, there are likely stabilized… I’m temped to cut one in half to see the interior.
If anyone else has nuggets with pyrite crystals, I’d love to see them. 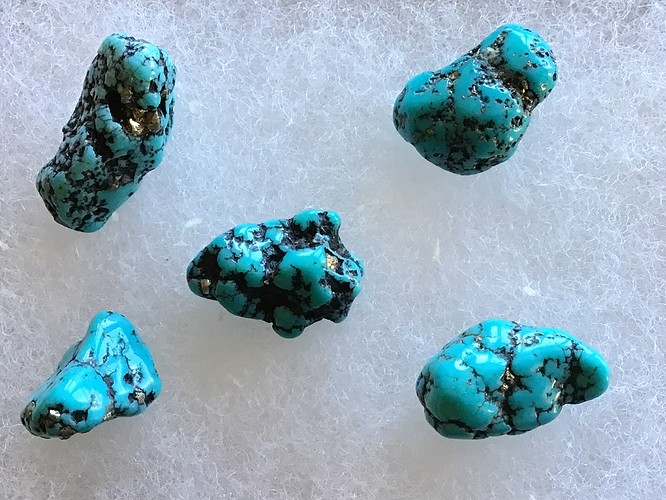 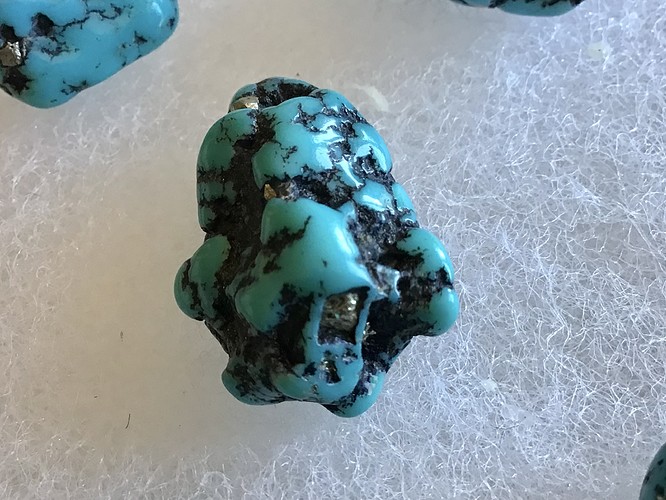 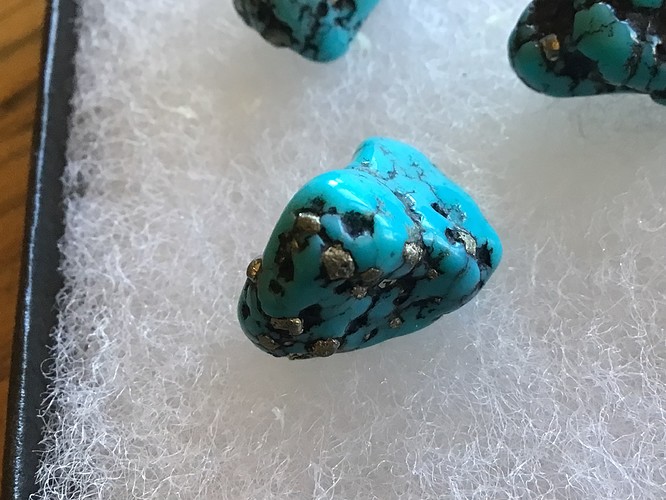