The beads on this necklace appear to be (in a pattern) shell, turquoise, sliver a variety of stones (quartz?)and 2 large MOP. The central figure (approx 1 7/8" X 3/4 “) is carved and feels like sandstone or clay. The necklace measures approx. 22” and belonged to a woman who showed horses in the South West. The owner was not present.

The shells suggest Heishi to me, but the figure suggests Fetish to me. I have so much to learn.

Is this Native American and is it from the 70s? No marks to identify maker. Thank you.! 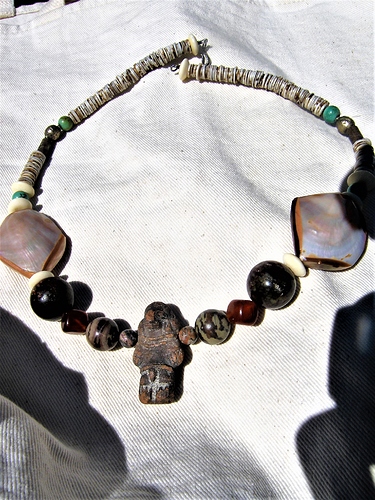 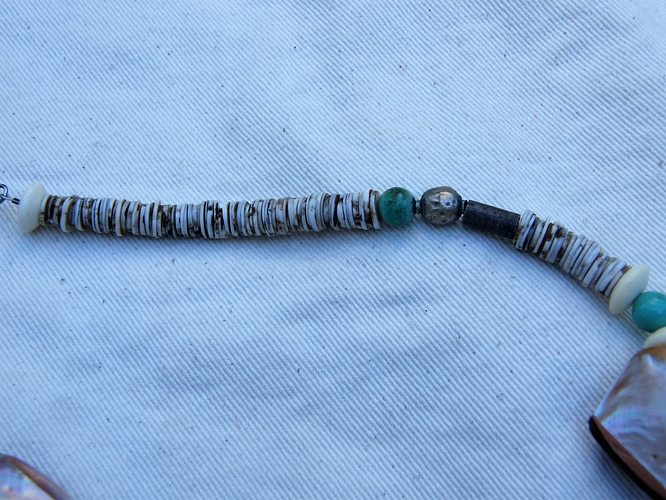 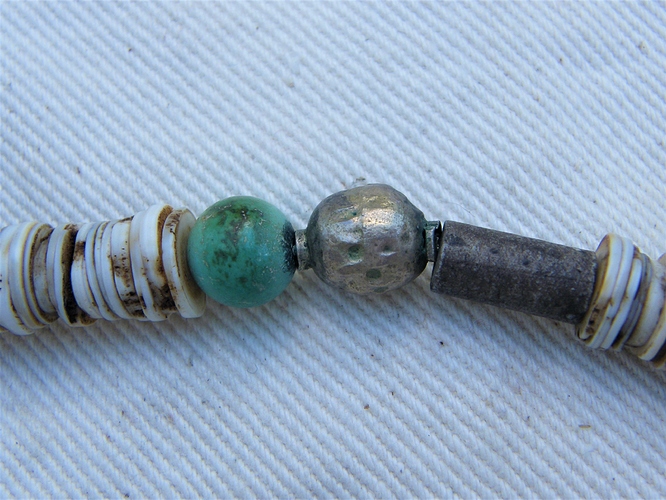 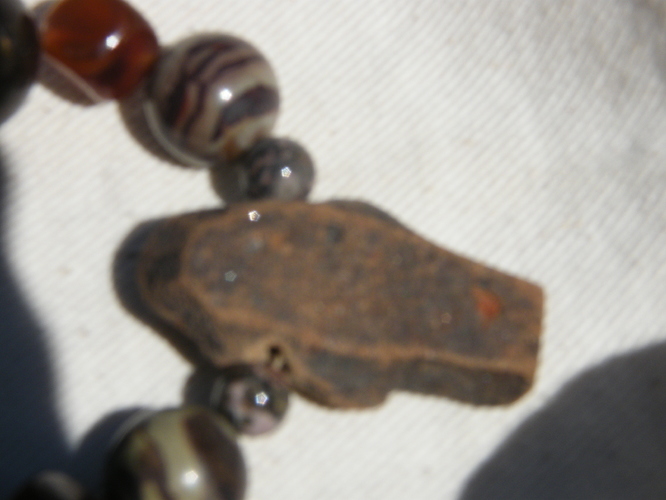 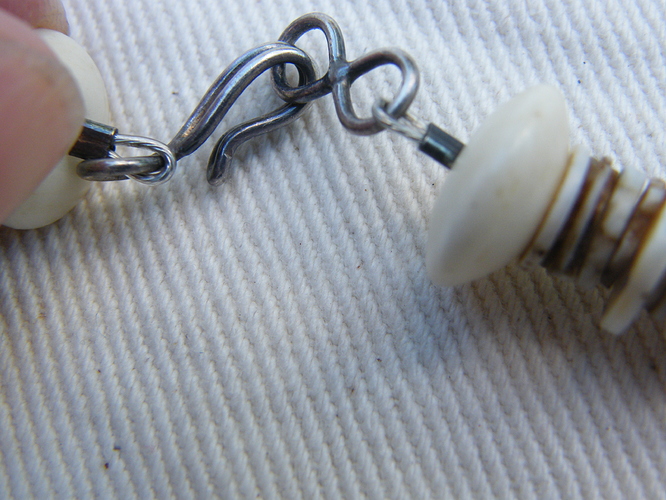 I am inclined to belive that this necklace isn’t entirely Native American, and at one point has been restrung. I say this for a few reasons. The shell heishe and sterling figure- 8 clasp are Native American. Those pieces also appear to have some age. The other pieces of the necklace, like the square MOP beads, the red glass beads, and the other round beads are not typical in Native American jewelry. The age difference in the NA parts of your necklace and non- Native parts of your necklace would indicate that this necklace was married together. Also, the silver crimp beads by the clasp would indicate that this necklace has been restrung in more modern times, since NA jewelry makers would typically never use crimping beads. What I am not sure about is the pendant- I’m not sure if it’s NA or not.

Thank you. A lot of good, detailed information. Some of the necklace felt right and some didn’t. Not having handled many NA pieces I didn’t know.
Unfortunately, with the beading craze across the country the past decade people have bought and dismantled necklaces to re-purpose the beads. Or perhaps the owner added the beads herself to make it longer. The pendant, appears to have age, but is it NA? I’m not sure either. Maybe someone else will have seen something like it and let us know. Thanks again.