Hallmark is rubbed out on this Sterling Silver Buffalo Heart Line Brooch/Pin. Can anyone identify it for me? Thanks so much. 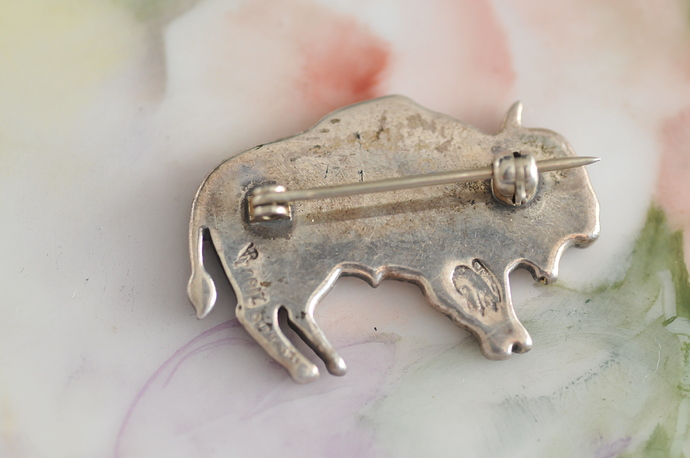 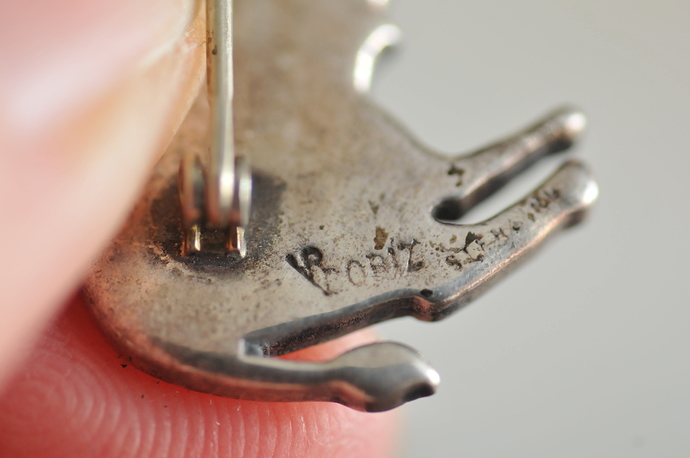 cleaner example of his stamp. 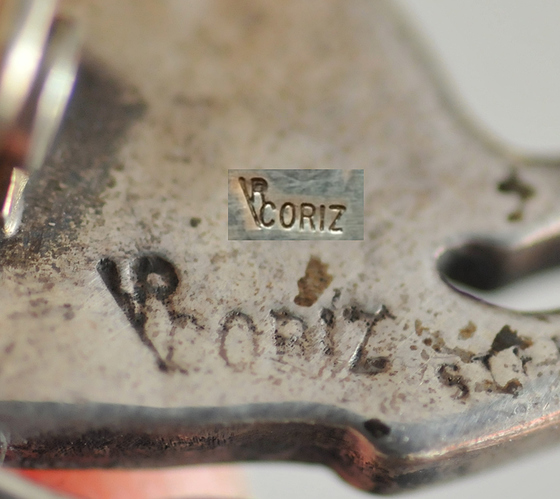 Raymond is an award winning artist from Santo Domingo Pueblo. He learned the art of silversmithing from his father. Raymond continued learning the craft by attending the Institute of American Indian Arts. After finishing school, he worked for Sunbell Trading Company until they closed their doors. Raymond has received 1st place for his craftsmanship at the State Fair and at the Gallup Arts and Crafts Show. He made a traveling gavel that has been all over the state of New Mexico. It now rests in a place of honor at a lodge in Albuquerque.