I’m stuck on this one - spent hours on the internet and going through Lowry’s but I’m stuck! Any help identifying this stone would be great - many thanks 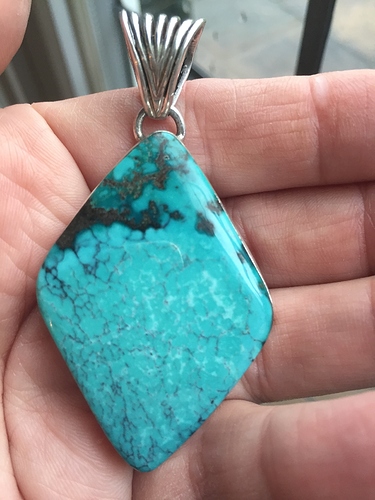 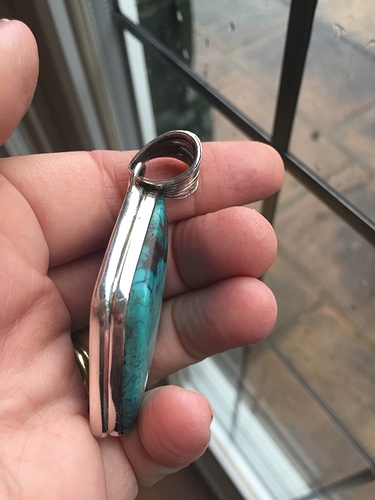 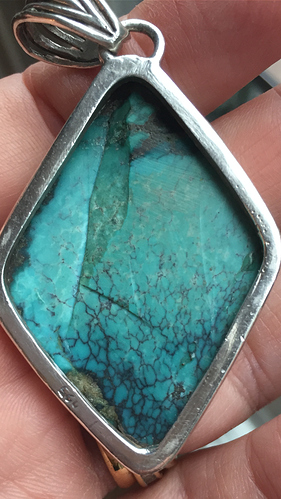 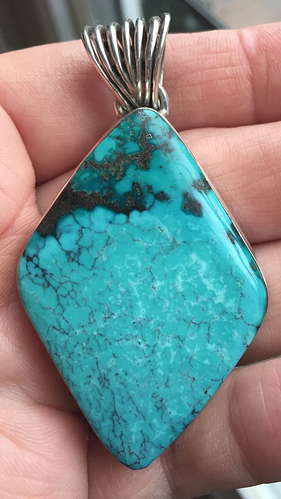 Turquoise can be difficult because so many mines can look similar, plus you have many mines. If I had to call this something it would be Chinese. When you show the back that webbing just has a Chinese feel.

Another indicator that would alert me to it being Chinese is the lack of backing on the stone. When I see this I am automatically alerted to the fact that it is unlikely Native American made.

Hi Michelle,
I wouldn’t call this stone Chinese just because it isn’t backed…
It looks like Nevada turquoise to me and i think it could have been from any number of mines. The silver looks like it might be Native American work though the clasp is made from wire which is not typical., and the stone surround is not typical Tribal either so it would have been a late piece probably after the 1980s. My guess on the stone would be Blue Diamond
Philip

Thanks for the info it’s really helpful - I too wasn’t sure about it being tribal due to the surround - I’m still learning so I’m constantly doubting myself! Thanks again xx

That’s a really good point that doesn’t get brought up often. NA jewelry almost always has a flat, silver back

Most of the reason for the backing is that it actually allows the piece to use less turquoise in the setting. This is seen if you ever pop a stone. The sawdust underneath allows the stone to rise up giving the perception of a larger stone than it is.