Lots of different techniques are used when it comes to casting jewelry. The two most common that we see here at Perry Null Trading Post are tufa and cement casting.

Anthony makes his cuff from carving his design into a piece of tufa stone. You will notice the picture of an actual tufa stone carved by Anthony. One end has what appears to be a carved funnel shape leading to the design that the silver is poured into, and on the other end of the tufa stone you will find lines that will let air escape to keep the tufa from breaking apart.

You will notice the texture of the cuff has a grainy look created by the porous tufa stone, it does give it a wonderful Southwest rustic style. Last, Anthony has used a piece of Pilot Mountain Turquoise to finish the bracelet. The reason that Anthony’s piece is going to cost more has to do with the creativity of the design, an original piece that is not going to be cast over and over, and a good piece of American turquoise.

Henry has made his cuff using a cement casting technique. The lead template is used to create the style over and over. If you look closely at the lead you will notice it has a very smooth finish allowing for the very clean look right out of the cast, in contrast to the tufa cast due to the porous stone. Henry will pack cement and use the template to form his design, and then pour as many silver bracelet shanks in this pattern that he wants.

Henry’s bracelet is going to be less than Anthony’s due to several factors. The creativity of the artist is not there, this is just a technical process done over and over. Most buyers will use a labor formula to pay for Henry’s cuff instead of arriving at a cost due to many factors, like Anthony’s creativity, stone he used, and overall look of the piece. Also, Henry has finished the bracelet with a piece of Chinese turquoise that does not have the same value as the Pilot Mountain stone.

When you see similar pieces that have very different prices, investigate, it might not be that one Trading Post has a higher price than an another (though that might be the case), it could be because you just aren’t comparing apples to apples. 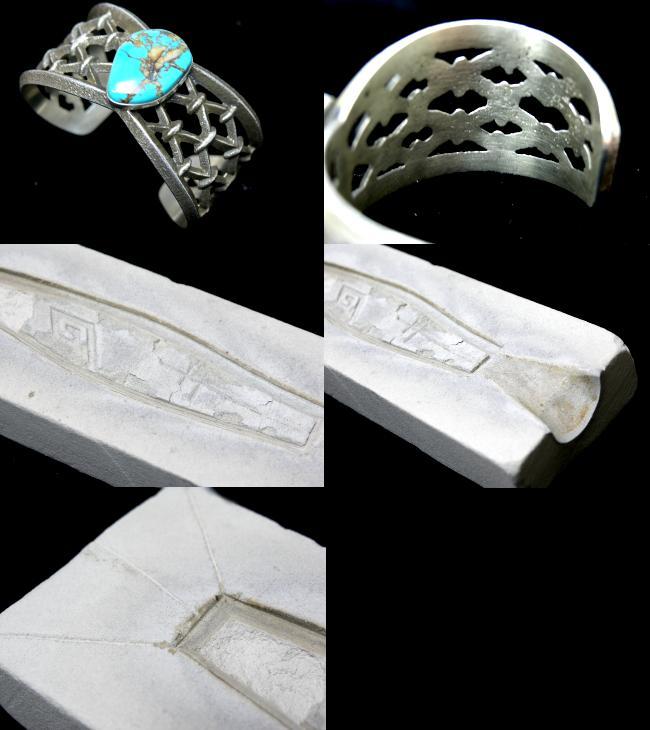 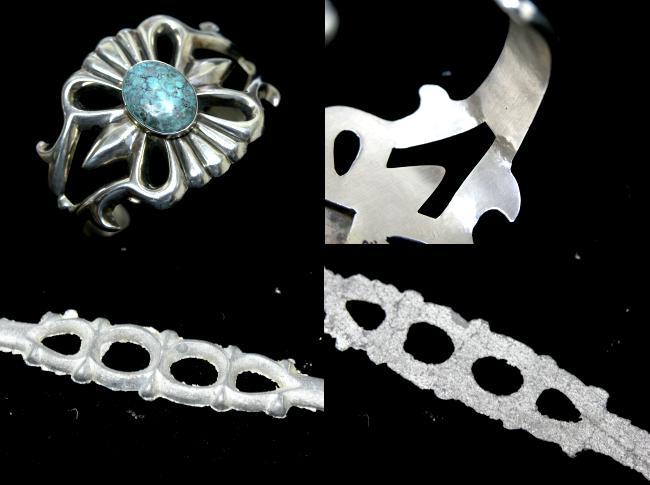