This is a fairly new addition to my collection. Don’t know anything about it except that I’m a sucker for spiderwebbed turquoise. Can anyone help me decide whether it’s American or Chinese? It has an initial hallmark but when I took pictures more showed up—like maybe there was another initial at one time. All help will be appreciated. Thanks 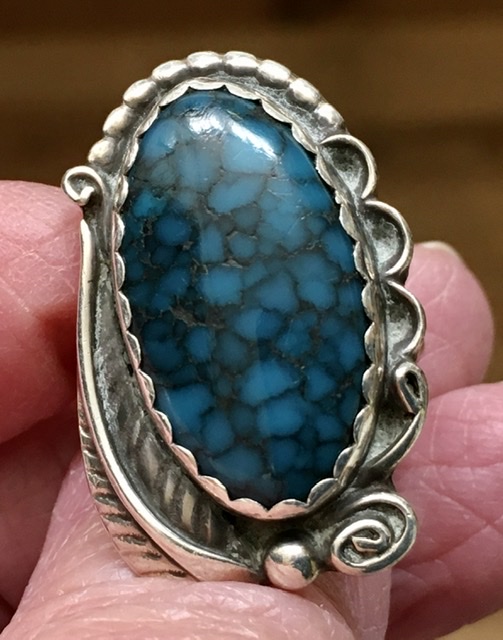 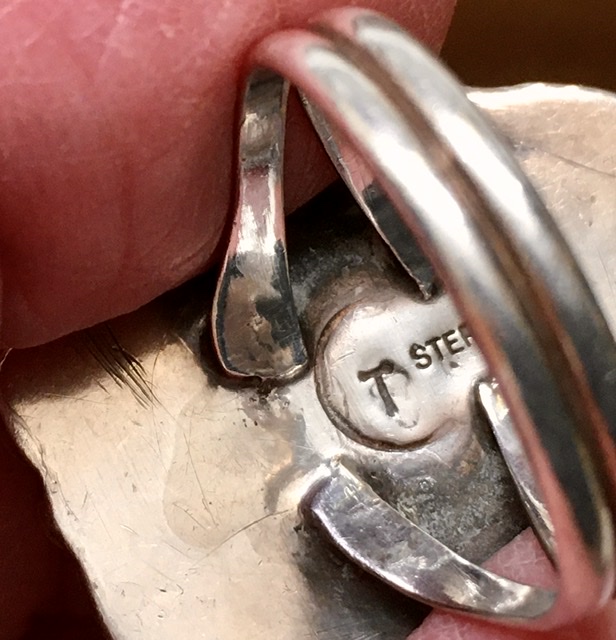 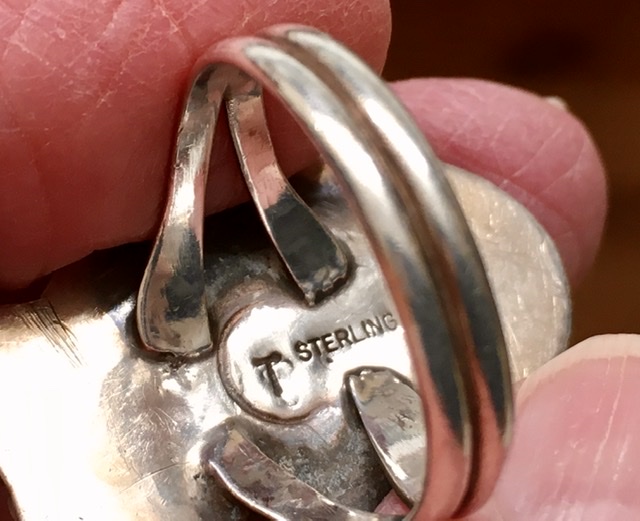 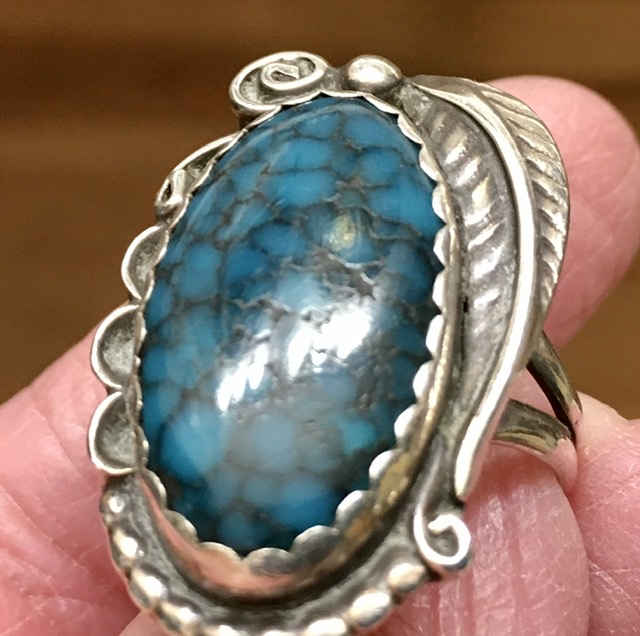 That is such a pretty ring. I love how the silver work echoes the spiderweb!

It looks like ti could be a number of things. Can you see the side of the stone, you are looking for the backing. A lot of the early Chinese stone that came over doesn’t have any backing, usually an American stone will.

Great tip- thanks. I cannot see any backing but I have just noticed that the bezel is noticeably higher at the top of the ring than at the bottom where the base of the leaf sits. Does that take us back to square one? Could the bezel have been made that way to cover a backing? I just took another picture to show you what I’m talking about. The bezel looks to be about 1/16” higher on the top end . 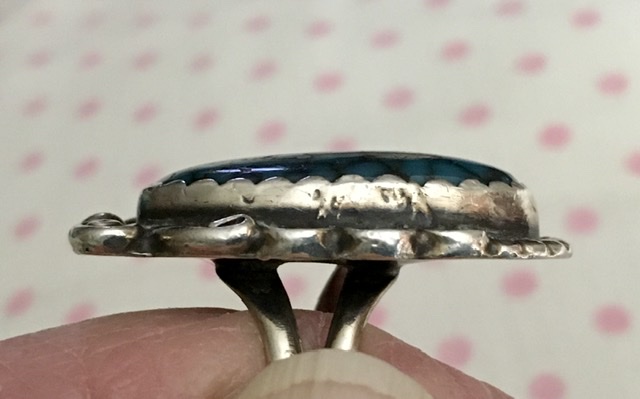 I think that is just a trick to the eyes. You have a bottom plate that the stone sits on, then around 7/8" of the stone you have this round wire used for decoration. You are just seeing more bezel when second wire stops wrapping around the ring.

That’s quite possible. Two of my sons are coming over for dinner and I’ll get their younger eyes to check it out.
With no backing showing, I guess we’re back to where did it come from? Any other way to determine without pulling the stone which I’m not willing to do. High grade turquoise is good for me but a definite American would be nice just because I’m American.

If I had to call this something it would be Chinese. That black and blue look has been desirable for a longtime, catching a premium with the price. When Chinese came out it had the look but the price didn’t demand the same as the American rock, and it was still very difficult to find this look in an American stone. My point is, like today the best artists seem to get the best rocks, lots of Chinese went out into piece work. The ring is nice and very well made, but it is not what we think of as say a Darryl Dean Begay piece.

I understand. My eagle eyed son agreed with you that it was an optical illusion. I would like to have a piece of Darryl Dean Begay’s work. And lots of other as well. If I had an example of everyone’s work that I admire, I would need another whole room for jewelry storage!