Picked up this beautiful Bolo Tie at a garage sale and have been trying to ID the hallmark. The metal tests as silver and the stones look good, the claw has a fibrous appearance. Any help would be greatly appreciated. 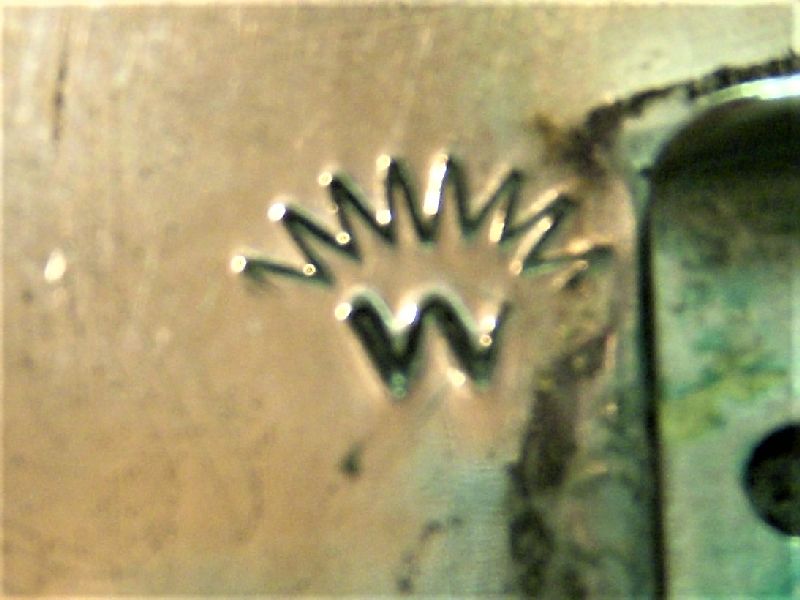 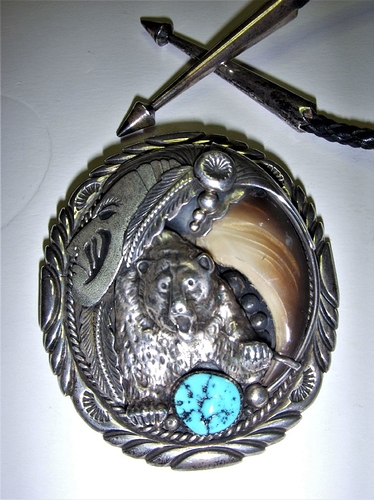 It is an interesting piece. Navajo artists many times will not work with a bear claw. The same is true about rattle snakes, and this piece has them both. This is a list of silversmiths that use a W hallmark, you might do a google search on each name and see if you find anything.

Thanks for the names I will check them out. I’m not sure where you see rattle snake, perhaps I’m missing something?

it is right above the bear, see the four rattles and the mouth is open with the fangs, even gave the snake an eye brow

It’s like one of those brain teasers, I see a face profile with feather head dress!

Thanks again
Just as an aside, I’ve checked the names given and no further info was found on the mark. 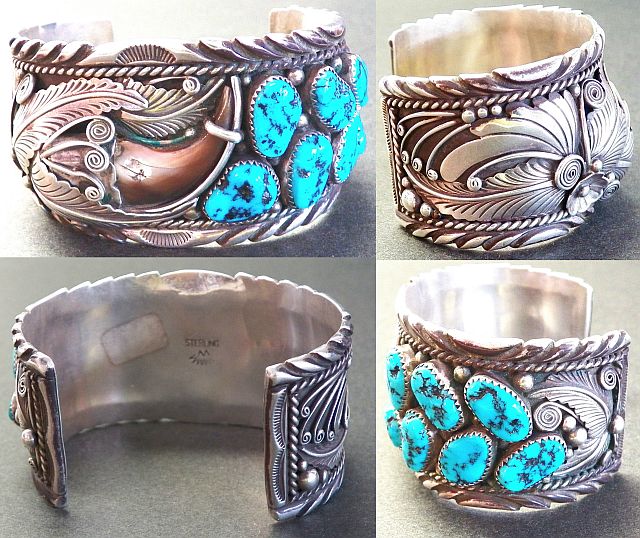 same hallmark same style. It was suggested to me it could be M for Mary Begay but I will have more info next month on the search. Will post back when I learn more.

Thanks for all the great info, will keep looking!

Here’s the question. Is this an “M” with sunrays at the bottom, or is it a “W” that is crowned by sunrays?

Also found this bear, in the same pose as the image in original post: One paw down, one paw raised.
But the eyes are completely different between the two. They’re crooked in the image I found – one is a little higher than the other.

I looked at a lot of bears. Mostly by Mike Thomas and Mike Thomas Jr., also some by Elaine Sam, and one by the shop Running Bear that wasn’t as well-cast as the other two and looked like maybe even a knockoff. I really thought that carefully cast bear would help, but I’m just more confused. Clearly this is a type of bracelet with the bear always in an archetypal pose.

Based on “TryingToLearn’s” response and picture of a like mark (unattributed other than Possible by Mary Begay) with the word Sterling above the mark will have to figure it’s an M over the ray stamp. But what the heck do I know! LOL. I still haven’t been able to attribute it to a specific artist. Thanks and will keep looking. BTW my piece in question is the Bolo Tie. 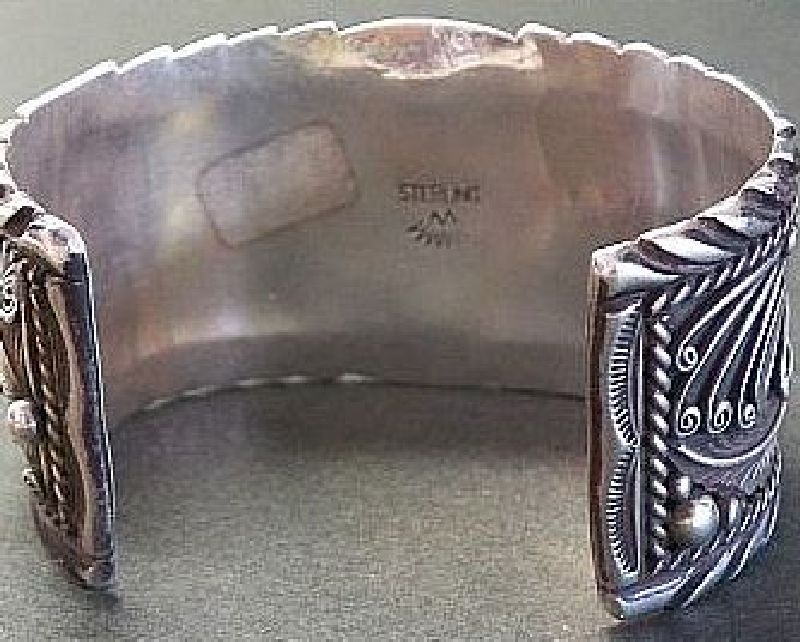 Final word from the appraiser is it is definitely of undetermined origin. Sigh. Back to researching.