I have been waiting for this movie to be filmed and released since I heard about it in August 2020. Just wanted to give my Turquoise Friends a heads up. If anyone lives near Tucson, the world premier will be at the Arizona International Film Festival on April 20th. After that, you’re all on your own to find it. 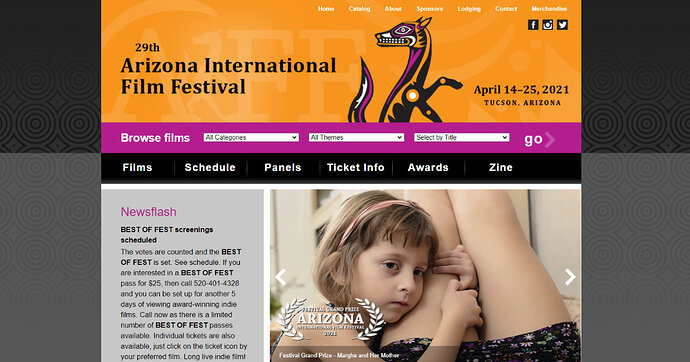 The Arizona International Film Festival has exhibited over 2,800 films representing 95 countries to over 160,000 patrons in southern Arizona. 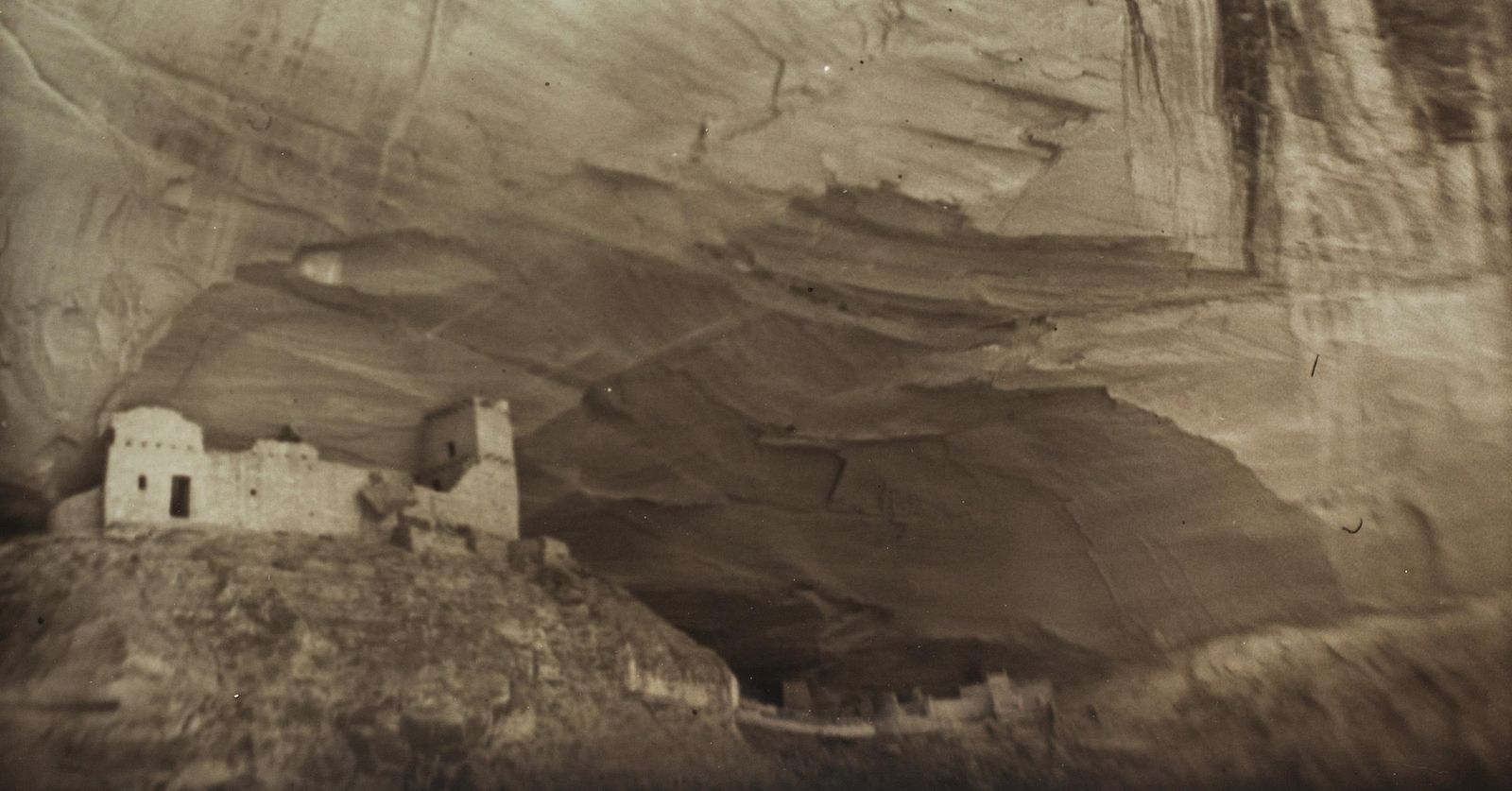 Nearly a century after Morris excavated ancestral Native lands, filmmakers return with an inclusive approach that brings Navajo Nation onto the big screen

Thanks for the heads up, sounds fascinating! Have read a little bit about her, and love Canyon De Chelly and Del Muerto. Interesting… the Smithsonian article stated they had to find another place to take the place of Canyon De Chelly for part of the movie, because Arizona was too expensive. The article said they picked the red rock canyons around Gallup. I bet it’s going to be a beautiful movie.

Thanks! I hadn’t heard about the movie. I’m sure it will make me want to visit Canyon del Chelly again soon! Hoping it will be be out soon or available to rent. Please keep me updated if anyone hears it is out for general consumption😊

How was your fabulous trip? Any amazing buys?

I was just catching up on my AZ Highways issues. I found this article in the Feb issue. Interesting since you informed us about the movie. 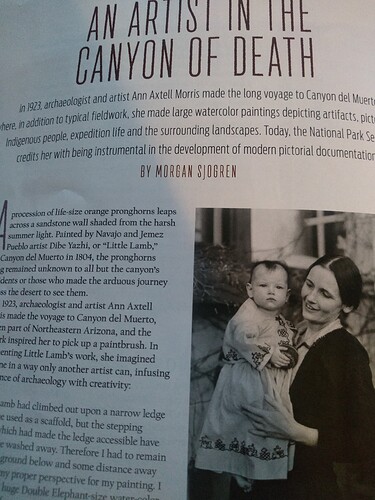 Canyon De Chelly is so beautiful.
I had the opportunity to visit the depths of the canyon several times when living in Chinle.

One time I was part of a group making emergency rescues of people and animals.
During Spring snow melt and after heavy rains the canyon bed turns into a river.
This time the flooding was major and the water was still rising.

Several 4WD trucks drove into the canyon. We helped families living there load people, animals and belongings into the backs of the trucks. Then took them to a makeshift shelter.
Trip after trip.
A Navajo Grandma, holdinig a baby, a couple day old calf next to her, a couple of chickens in a basket covered with a blanket and more blankets with clothing and other items in them.
They were joined by young children and a couple more young calves.

The canyon overlooks were loaded with curious people. Some from the area, some not.

I am sure our procession looked odd to the onlookers.
A mix of trucks, people leading horses, cows and other animals. Some people riding horses.

It is something I will never forget.
Thanks to the quick thinking of many, there were no deaths those couple of days. The water eventually subsided and everyone was able to return to their ancesteral lands.

I remember that the canyon gardens flourished that year.

If you ever have the opportunity to go in Canyon De Chelly, I would highly recommend it.
My times there were highly meaningful.

Been to Canyon De Chelly twice, but only on the rim. The trail to Spider Rock overlook is probably the prettiest trail I have ever been on. It looks professionally landscaped, but of course, it isn’t.

I lived near there in the mid 1980’s. It was so beautiful at the time. Have not been back since.
I have been to Red Rock and see why that was chosen as a similar filming location.

So interesting, thank you for sharing. I’ve seen some flash flooding, but no flooding out there like you did. And I totally agree about visiting the canyon! We have been there twice, last time in 2014. The first time we went we camped, second stayed at the Thunderbird Lodge. We bought a beautiful Eye Dazzler rug at the gift shop.

We have hiked to White House Ruins twice, and the first time we went to Canyon De Chelly we also took a longer guided hike. That was amazing. The last time we were there, we talked to a Navajo gentleman who said he had lived there in the past, and was just heading down to visit his Grandma.

This video was posted today. I have decided to watch it after I see the film, but I wanted to add it to the thread.

I was just catching up on my AZ Highways issues. I found this article in the Feb issue.

Thanks for the heads up, Zia. I just purchased a back issue on eBay.

In an act of impatience, I emailed the Arizona International Film Festival to see if they had any information on Canyon Del Muerto’s wide release. I received this reply:

"The director is still in negotiations with several streaming companies for distribution. Not sure until it is picked up what the exact distribution outlets and windows will be. The run time is just short of 2 hours."

Since it could be awhile until the film is released and I didn’t want to spend $200-300 on Ann Morris’ book, Digging in the Southwest, in which the movie is based on, I just purchased this book on eBay for $3.00 to pacify myself. Earl is Ann’s husband. 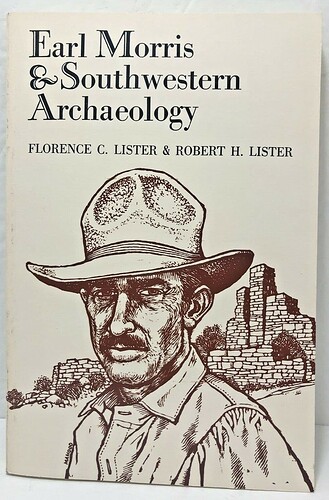 I also purchased, Among Ancient Ruins: The Legacy of Earl H. Morris, from Joe the Book Guy for $4.00 shipped. 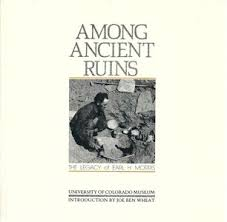 Interestingly, he had a copy of the movie screenplay by the director, Coerte Voorhees. It came from the library of Florence Lister, who co-wrote the first book I purchased, Earl Morris & Southwestern Archaeology. - Link

My wife dragged me out of the house last night to watch the movie featured during the Gallup Film Festival. It is the 100th year of the Inter-Tribal Ceremonial so a lot of events taking place this week. I get there and guess what the featured film is, Canyon del Muerto! The director of the film gave an introduction and told us the film will next be featured at the Toronto Film Festival and that the release will happen next year. It is about a 2 hour film filled with amazing footage of the area.

Thanks for the update, @Jason! Can’t wait to see it. A few weeks ago, I lost patience and ended up buying Ann Morris’ book, Digging In The Southwest. Good to know I can stop looking for the movie until next year.

Still no release date, but here’s a recent article. 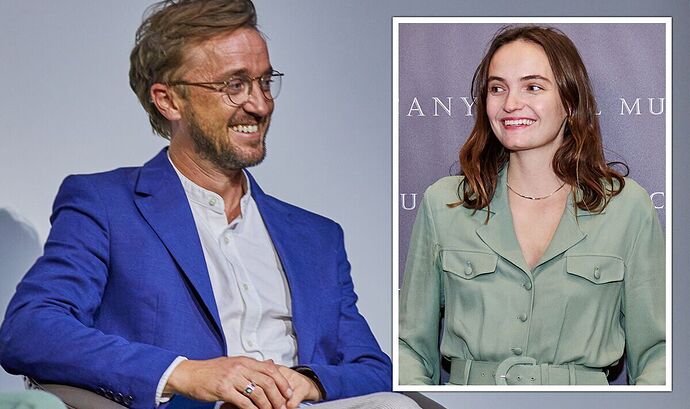 The BAFTA-winning actress takes on the challenge of a lifetime portraying the "archeologist's wife" that history tried to erase, while the Harry Potter star reveals just how tough filming Canyon Del Muerto was.

Can’t believe I didn’t visit this thread before, but I’m excited for the film. I’ve toured Canyon de Chelly with a Navajo guide by 4WD truck, and just generally am fascinated with characters who made a difference in our understanding of the deep history in the Four Corners like Ann Miller.

Have to say the vista view of Spider Rock from the rim was hallucinatory, or probably something like vertigo, unforgettable!

I would love to take the jeep tour. Last time there I bought a really cool mug from a Navajo lady on the rim. It’s an unusual shape, because she said she used a horse hoof print for the bottom!

Yes the movie sounds fascinating; the article in AZ highways was enough to get me interested.

Oooh, this conversation has got me salivating to get back to Canyon de Chelly and Chaco Canyon before I get too old! I’ve taken the Navajo 4WD tour, and hiked the beautiful trail down to White House Ruins a couple times. On one tour we went part of the way into Canyon del Muerto, I remember Mummy Cave ruins, but it been quite a while. I’ve read the Lister’s book about Earl and Ann Morris, years ago. I need to pull it out of the library and read it again before the film is released. So great to have found all you kindred spirits that love this stuff; and thanks for the heads up about the film…

Canyon Del Muerto UPDATE: I’m getting very impatient waiting for this movie to be released.