I love this thread! However since I don’t have any “cool” knives, I’m gonna for a moment jump on the hoofpick bandwagon. 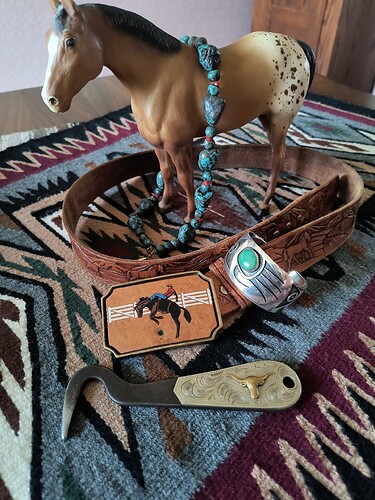 IMG_20230119_1342496181920×2560 582 KB
From bottom to top…
My fancy hoofpick (this one doesn’t get much use) bought at King’s Saddlery in Sheridan WY (visit there if you ever are out there, great little town - great store)
Vintage buckle bought in Prescott AZ on vintage belt from Santa Fe
Cuff by Jerry Whagado
Turquoise and coral necklace bought at the San Antonio Stock Show and Rodeo (on my Breyer horse)
All on top of a Teec Nos Pos rug
9 Likes
TAH January 19, 2023, 8:53pm #82

Fun pic with cool stuff! My sister and I still have our Breyer horses from our childhood. We were also into Johnny West, if you remember that universe.

If we’re going for nostalgia… 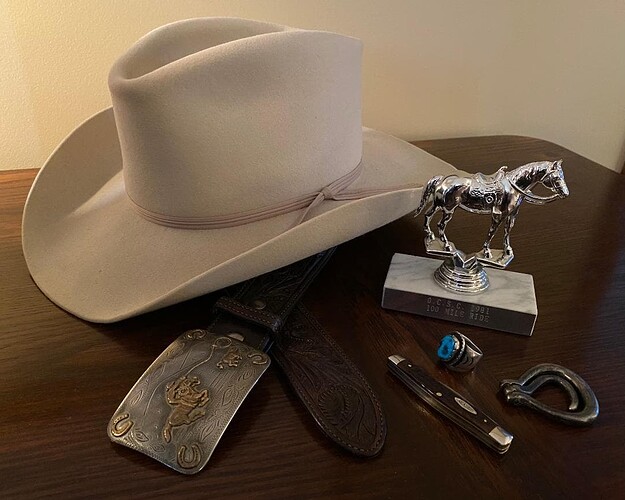 Oh my gosh, I love that buckle. Amazing about the endurance ride. I don’t know lots about that because I generally ride hunters. I remember an episode on American Pickers where they were buying vintage trophies. Yours is way cooler than whatever they found (theirs were older trophies of course

)! Unfortunately I have no trophies on my end, just ribbons.

I was thinking I didn’t know anything about the Johnny West stuff although it sounded vaguely familiar. Then I Googled it, and I did have one of those horses. I’m afraid his leg broke after too much jumping and cantering around on the basement floor.

I had to cobble something together so I could play too!!! 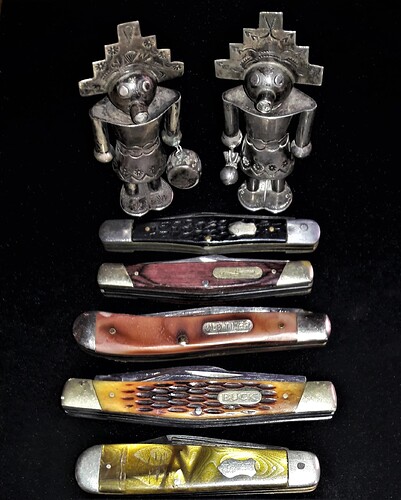 Forget the knives, Jeff, those shakers are awesome! Great, now I want a set.

Okay, the knives are cool too, especially those Bucks.

Everything that folds and has 3 blades or less. Plus a Cippy snake! 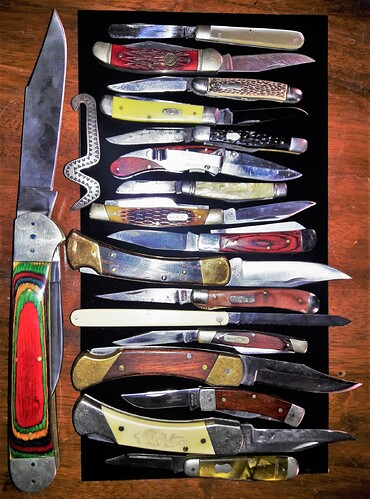 Dundee would approve of the one on the left.

Not my knife or my cup of tea, but thought it was fitting to this thread. 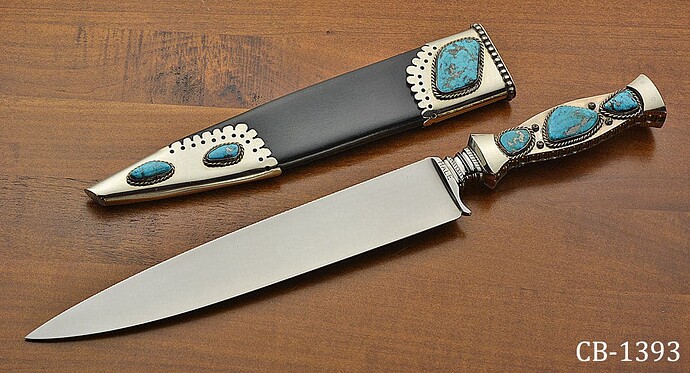 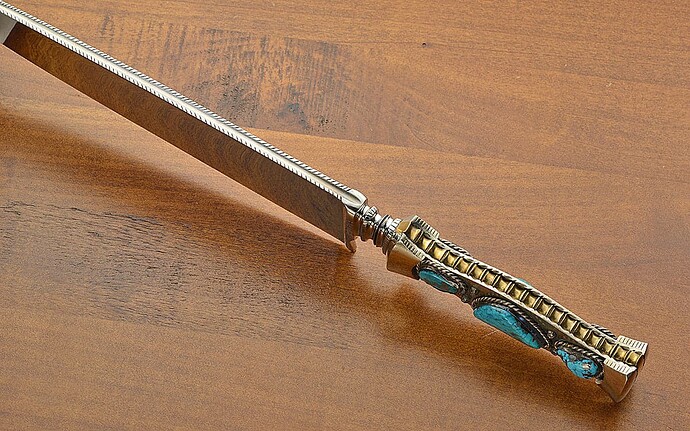 I wonder what Jim Bowie would think about that knife.

This shot comes with an added bonus!

Although the YouTube video is not mine, within the 1st 4 minutes you will see exactly how
the star of the show came into my collection in the late 1900’s. 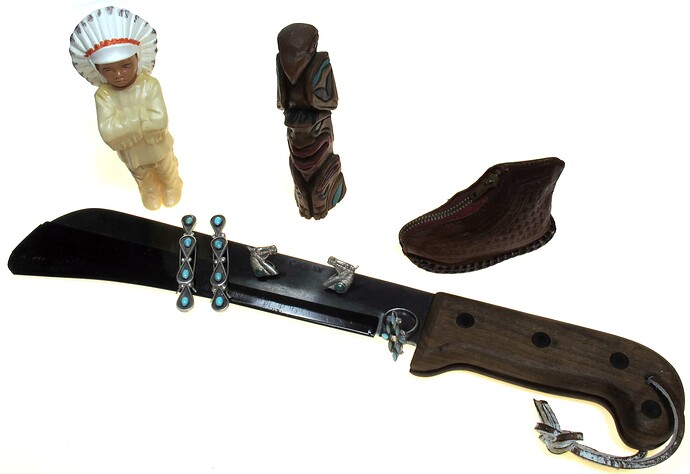 anything seen after the 4 minute mark might show up in a future photo set.

The little chief is from the St. Labre Indian School in Ashland, Montana. A donation/support thank you gift.

miniature totem hales from Alaska circa 1986

And some eye candy for the ladies sharing center stage

Cool little collection! I have watched many of Steve1989’s MRE tasting videos. They’re always entertaining, but I haven’t seen the video you linked, so thanks! That was very interesting. Looking forward to at least two more future photo sets. 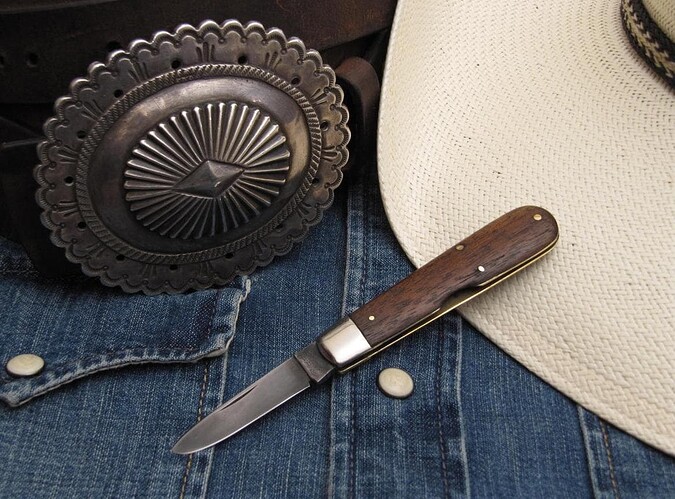 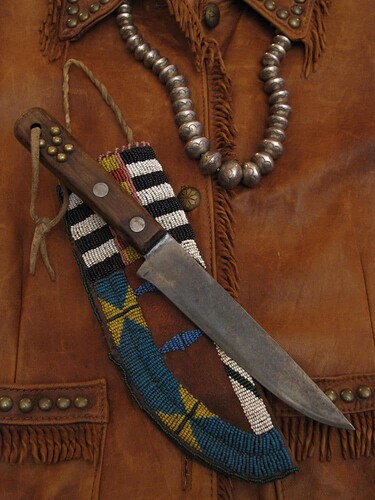 TAH - is there a tag on those beads? I have a nearly identical string i’ve been trying to identify for years. 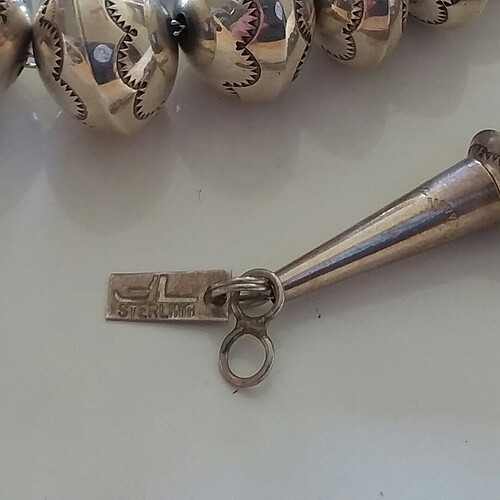 Yes, it is clearly marked, “F. Laner”. Perhaps the artist used different hallmarks or our necklaces were made by the same family. 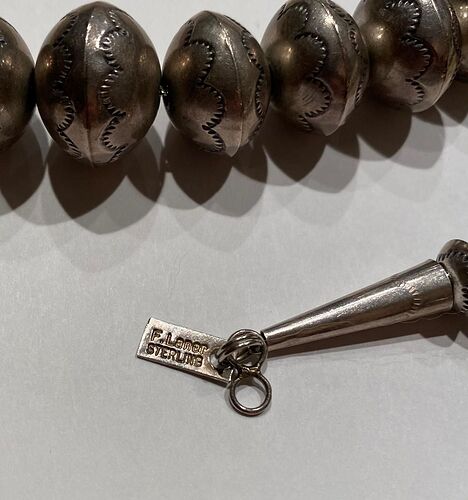 they are seriously twins. they even pose alike.

What about some love for them well prepared Swiss folks!! A Wenger “Toolchest” along with a Medicine Man by Timm Lewis, a pickup truck ride by Clarence & Russell Lee and an ashtray by Ike Wilson. 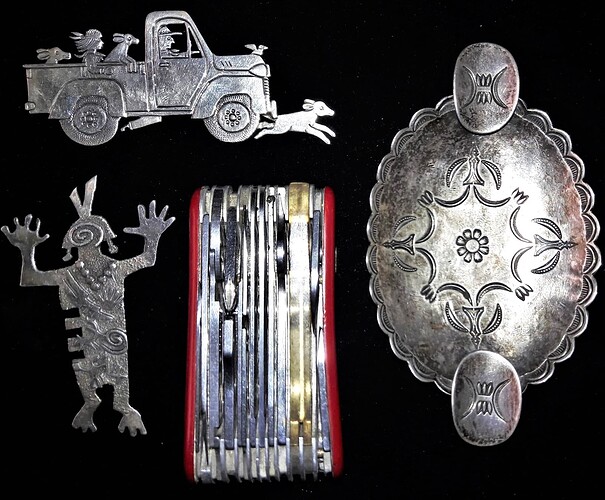 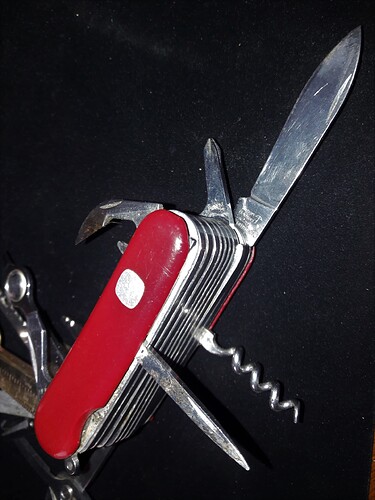 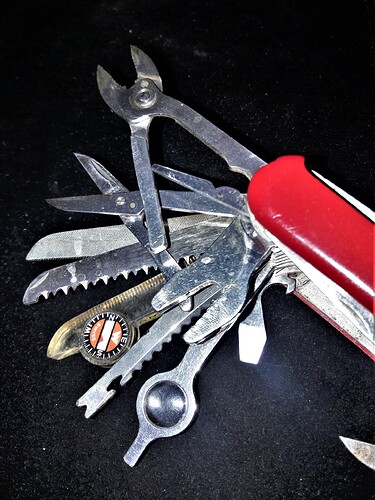 Is that like a double wide?
We’ve got a Swiss army knife, I can use it in a post!